3 Beliefs We Must Change to Restore the World

We’ve never known more about the world than we do today; and yet, most of us struggle to find answers to fundamental questions about how to live in it. 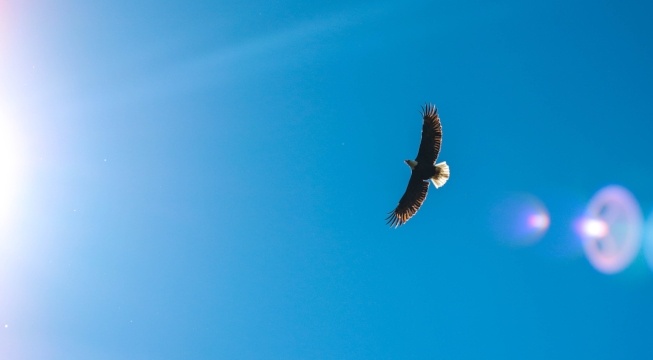 Arkan Lushwala, dear friend to Pachamama Alliance and ceremonial leader, has written a new book, Deer and Thunder, meant to serve as a guide to indigenous wisdom and how it can be used to restore the world and humanity's place in it. To begin to do that, there are three commonly-held modern beliefs that stand in the way of remembering the true nature of human existence.

1. The planet would be better off without humans

There’s no doubt that humans have an outsized impact on the world as compared to other species, and while other forms of life appear to enhance the energetic balance of life, humans often create imbalance. But Arkan explains that human life is absolutely vital, and the point of our existence on the planet is to feed Amaru—the “Sacred Serpent”—the circular energy that flows, snakelike, from humans into the Earth and back:

“In times when we need to realign ourselves with Nature in order to continue living, it is useful to remember our purpose...That very important and little known purpose of human life is to constantly deliver energy that feeds the formation of plasma in the Earth’s core.”

Our modern "wisdom" often places us in an exploitative or adversarial relationship with Earth, and “human nature” is often used to explain or excuse our destructive behavior. But what would our daily lives be like if we thought of ourselves as vital to the Earth? If we considered ourselves as sacred as water to the flourishing of all life, we might feel empowered, vital, and even optimistic about the future of our shared planet.

2. Intelligence is about knowing

In the modern world, intelligence is often thought of as fact- and problem-based; the more facts we know the more problems we can solve. The way we think about intelligence is linked to our assumptions about human society; as we evolve, we become better at mastering our environment to make our existence more comfortable.

In a recent visit to San Francisco, Arkan elaborated on the concept of Andean indigenous intelligence, or Yuyaykuy, which means "remember, be intelligent." To be intelligent is to remember, but remembering isn’t simply rec

alling past lessons in a linear fashion, or even explicitly remembering wise words of your ancestors. It means to remember to listen, to be observant, to be humble, to leave space for energetic messages from the Earth to come into our lives. When we observe, we remember ourselves, as Arkan explains in the very first line of his book:

"The ancient people of the Andes observed Nature at the deepest level in order to follow its guidance and become aware of that which has the most impact on the quality of human life."

Intelligence has become demonstrative in our society; we constantly feel the need to show it off, to speak up, to be visible. What if we thought of intelligence as our capacity to let our actions be guided by beings and forces outside of ourselves? To truly listen. And to remember that intellectual progress doesn’t always mean moving forward and finding new replacements for what we think of as old. The most fundamental remembrance we can practice, according to Arkan, is “that everything is connected and that we can only be really well when all life is well” (81).

3. Ownership is about possession

One of the most compelling chapters in Arkan’s book is about owning versus having. In the Andean culture of Runasimi, the suffix yuq is added to the end of a noun to designate “the one who has it.” As Arkan explains:

"In Andean thought, ownership is not about possession; it is about developing a strong like with someone or something...this creates unity in our world...and this helps us live in a world without separations and without abandoned forms of life. Andean culture is highly relational; the heart connections between humanity and the rest of Nature are the only enduring source of wealth so we value our good relationship with other forms of life as precious above all else” (71-72).

Ownership, in the sense of dominion or control over, is a false way of relating to something, especially something in nature. To have something means that you have a relationship that entails a certain responsibility: “For the indigenous mind, everything that exists has an owner. But an owner is not like a proprietor; it is more like a guardian.” This is a simple principle that has been forgotten in our modern, economically-based conception of ownership.

Changing our relationship to the Earth, to intelligence, and to ownership is no easy task. But thankfully, the work ahead of us isn’t to re-make and re-frame human existence on the planet, but rather to remember. The indigenous wisdom that speaks to the core of human purpose has been within us since the beginning. We need only to remember.