5 Wild Women Who Are Transforming the World 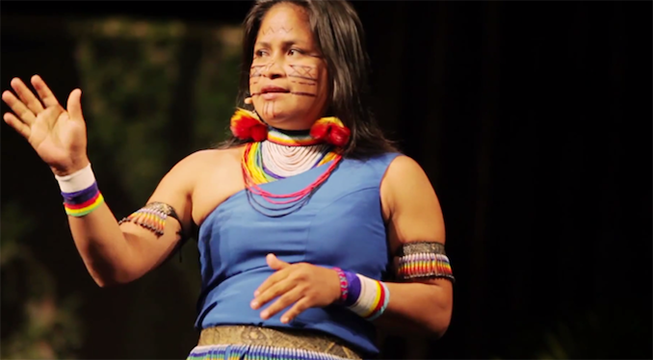 In the United States, we celebrate Women's Equality Day each year on August 26th. This day is a celebration to commemorate the passing of the 19th Amendment to the U.S. Constitution on August 26th, 1920, giving women the right to vote. Prior to this day in 1920, women and civil rights groups had campaigned for 72 years to pass the law allowing women to vote.

Now the day is a reminder that we must continue striving to provide women all around the world with equal education, equal employment opportunities and pay, and an equal standing in society.

In honor of Women's Equality Day, Pachamama Alliance has created a list of five Wild Women who are transforming the world. Wild Women are in touch with their deepest intuition and inner knowing. They are not afraid to be different, to cast off the widely-accepted rules of society, in order to work for a cause that they know in their heart is right and just.

With this list, we honor all individuals who have offered their gifts and talents to the world in order to make great change that is both important and necessary.

Narcisa (pictured above) is a member of the Shuar people living in the Amazon rainforest of Ecuador. She considers herself a warrior, although typically only the men are called warriors in her traditional society. She created the Jungle Mamas program, or Ikiama Nukuri, which translates to “Women as Keepers of the Forest.” The program’s goal is to ensure the health and well being of mothers and newborns throughout pregnancy and the birthing process. But the program has created an even greater shift in the Shuar and Achuar indigenous communities. Due to the community and family training that Jungle Mamas provides, men in the communities are now more understanding of women’s needs and the sacredness of the birthing process. Women in the indigenous communities are becoming more empowered and more aware of their important role as nurturers in safeguarding the health and well being of their people and ultimately the Amazon rainforest. The Jungle Mamas program is providing women with the tools they need to be agents of change. 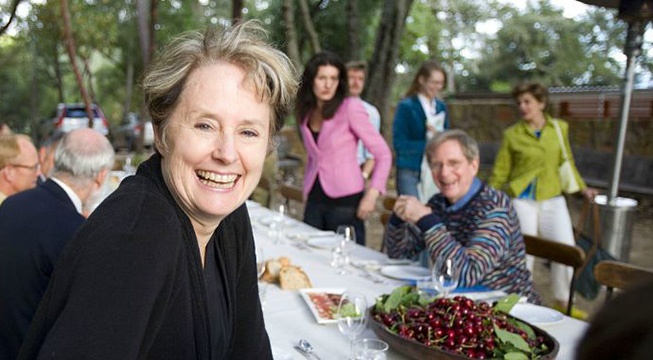 Alice is a leader in the Slow Food Movement and has been ahead of her time in promoting organic, local, sustainable food to improve the health of humans and the Earth. Her early training at a Montessori school in London, combined with her love of creating food, led to her creation of practical and hands-on activities for children such as “edible education” and the “edible schoolyard.” These initiatives have a mission to “transform public education by using food to teach, nurture, and empower young people.” The Edible Schoolyard public school curriculum incorporates growing, cooking, and sharing food at the table into the school day, in order “to build a humane and sustainable future for the students” and help them grow an early connection with real food. She believes it is critical to reject the values of the fast food culture which teach us that everything should be fast, cheap, and easy. Click here to view a talk she gave on fast food values versus slow food culture. Alice is led by the philosophy that “Food can be the catalyst for a deep, rich transformation.”

Waters is also VP of Slow Food International, an organization dedicated to preserving local food traditions, protecting biodiversity, and passing food knowledge and traditions to future generations. She is dedicated to using only organic ingredients in her restaurant, Chez Panisse, which has been successful for over 40 years and supports a large network of local farmers. She says she originally sought out organic ingredients for the superior taste, but ultimately, the long-term effect on people’s health and the environment became an even more important factor in her passion for organic, local, sustainable foods. Her work led the way for restaurant owners around the world to make organic ingredients and sustainable practices key components of their businesses. Even hospitals are now picking up on the wisdom of the Slow Food Movement to improve health and outcomes of patients. 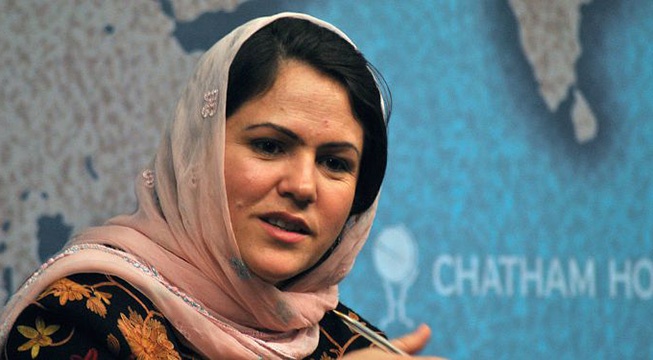 Fawzia was born to a family who didn’t want another daughter, and on the day of her birth, she was left out in the hot sun to die. She has devoted her life to women’s rights and to being an influencer in the political system of Afghanistan in order to create a better future for women in her country. Known for pushing the limits, she beat male candidates to win her seat in the Afghan Parliament, despite the fact that many of the men who sit on the Parliament alongside her believe that allowing a woman in the Parliament should be against the law. She says, “Almost every day I fear for my life, but what I do is so busy and so challenging it takes my mind off it.”

In addition to her initiatives to construct girls’ schools in remote provinces, improve women’s living conditions in Afghan prisons, and combat the issue of violence against children, she has also legislated for the building of roads to connect remote villages to educational and health facilities. 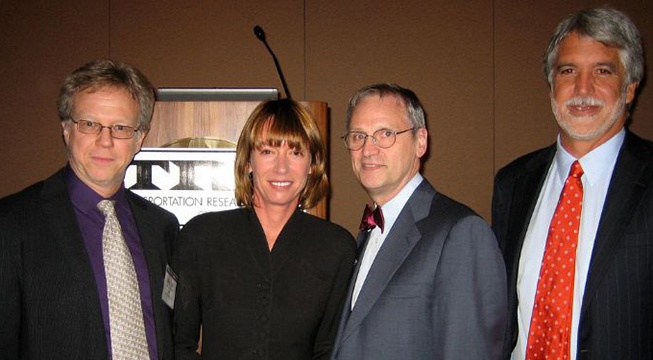 Janette is on a mission to make New York City, and other large cities around the globe, more green, sustainable, and livable. She served as the commissioner of the New York City Department of Transportation from 2007-2013. She began by implementing the 2007 Bicycle Master Plan, adding 285 miles of bike lanes to the city during her time in office. She installed the city’s first parking-protected bike lanes. She also created 23 pedestrian plazas and green spaces in the city, instituted car-free summer streets, and created NYC’s new bike share program.

Since leaving the NYC DOT, her new role is Chair of the Strategic Advisory Board of the National Association of City Transportation Officials, a coalition of the DOT’s from 22 of the largest cities in North America. This group facilitates the best practices and insights from international cities to help member cities design streets and transportation systems in a more safe and environmentally sustainable manner. 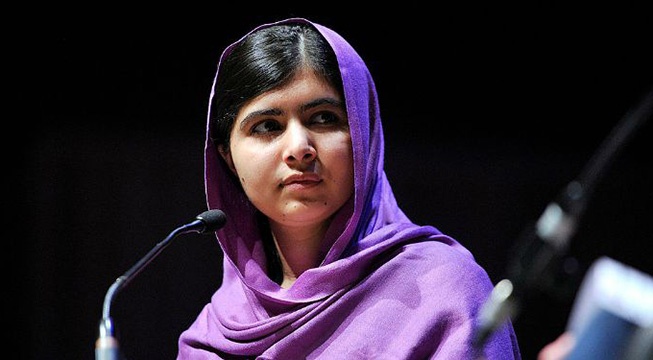 Malala is only 18 years old (born in 1997 in Pakistan) and already she has gained global recognition for her activism for women’s rights and education.

Because Malala advocated for women’s education from an early age, the Taliban issued a death threat against her when she was still a young child. In 2012, when she was traveling home on a school bus, a gunman boarded the bus and shot her in the head and neck, leaving her in critical condition. She overcame the injury after multiple surgeries and a long healing process. After her recovery, she has continued promoting women’s rights and education, despite the fact that the Taliban still considers her a target.

In October 2014, at age 17, she became the youngest person in history to receive the Nobel Peace Prize. She continues to promote her cause “Books Not Bullets," and her Malala Fund “empowers girls through quality secondary education to achieve their potential and inspire positive change in their communities.” She recently made the statement:

“The shocking truth is that world leaders have the money to fully fund primary AND secondary education around the world - but they are choosing to spend it on other things, like their military budgets. In fact, if the whole world stopped spending money on the military for just 8 days, we could have the $39 billion still needed to provide 12 years of free, quality education to every child on the planet.”

Feeling inspired by the women on the list? Do you know of other women who are transforming the world?

We want your feedback!

Please respond in the comments section to tell us about an amazing Wild Woman who inspires you. We will feature another list of Wild Women, based on your recommendations, in a future blog post.

Enroll in the Next Game Changer Intensive Course

The Game Changer Intensive online course is designed to educate, inspire, and equip you to be a pro-activist leader. The course is about both personal and planetary transformation: Who we need to be and what we need to do at this momentous time in human history. If you feel your heart spurred to make great change, if you can no longer ignore the call of your soul, then strengthen your knowledge and your ability to take action in our world by enrolling in the Game Changer Intensive.