Memorial Day will be celebrated in the U.S. on Monday, May 28th. Honor this holiday by standing powerfully in the space of Earth-based wisdom and what it can teach us about war, vulnerability, love, and a new way forward. 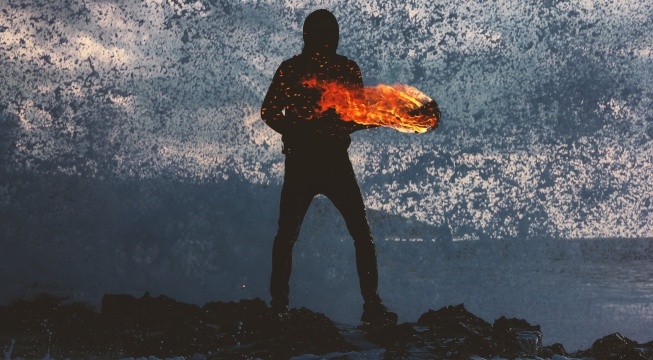 The History of Memorial Day

In the United States, Memorial Day—originally known as Decoration Day—was devised as a day to acknowledge casualties of the U.S. Civil War. The first Decoration Day—May 30, 1868—was marked by the decoration of 20,000 graves of Civil War veterans buried at Arlington National Cemetery in Virginia. Thereafter, Decoration Day was celebrated annually on May 30th, up until 1971, when the United States Congress made Memorial Day an official Federal Holiday to celebrate all veterans on the last Monday in May.

Memorial Day will occur on Monday, May 28th this year. Some people recognize the holiday simply as a three-day weekend; others feel deeply connected to the call to honor military service. For many, it can be difficult to celebrate a holiday about war in a way that doesn't feel politically charged or divisive.

One way to engage with the holiday is from the perspective of Earth-based wisdom, which incites us to practice deeper looking at how armed conflict affects how we interact as a human family and the cultural implications of an imbalance between the sacred feminine and masculine energies.

Arkan Lushwala, an ally and friend to Pachamama Alliance, has written a new book about indigenous wisdom, Deer and Thunder, which contains a chapter on war from the indigenous frame of sacred feminine and masculine energies.

First, Arkan explains how the trauma of Post Traumatic Stress Disorder (PTSD) results in a “blockage in the heart, manifested as the incapacity to give and receive affection,” and is passed on to the next generation. He writes:

For many generations after a war, all the implications of the traumas eventually create a whole different cultural way in which the expression of love and affection between men and women, parents and children, and all relationships are often very difficult and uncomfortable (163).

Arkan then connects this different cultural expression of love with male leadership and a false association between masculine traits and power:

The historic empowerment of men established male authorities who led the armies, and all other authorities and community councils became secondary. When the war extended for too long, or when there was war after war as was the case in many parts of the world, a social order solidified in our modern culture making all authority masculine in nature, even when that authority is held by a woman (164).

The end result of confounding masculinity with authority is a cultural fear of being vulnerable, a trait often seen as weakness.

When this tendency, combined with the effects of PTSD, entered into sexual relationship, the possibility of true deep communication between two spirits in the intimacy of lovemaking was blocked. During and after the war, many children were born from these blocked relations that involved a union of bodies and not spirits...They learned that feelings, dreams, spiritual guidance, or being truly affectionate or openhearted leads to a vulnerable and dangerous state that is to be avoided at all costs. The current dominant culture on Earth was built around this avoidance, for it is dangerous to be soft and inclusive in a world with so much war [emphasis added] (165).

In the United States, war has been linked with masculinity since long before the first Decoration Day. It’s difficult to name another cultural phenomenon, bearing such potentially destructive force, that has been experienced (first-hand) so disproportionately by one gender. Even after some progressive movements within American military culture, war continues to perpetuate and strengthen associations between being a man and being a warrior (and not being otherwise). In indigenous thought, these associations create personal imbalance of masculine and feminine that are absorbed societally.

So how do we rectify this imbalance?

Like most of the problems we face as a human family, the imbalance of masculine and sacred energy stems from a false sense of separation from our world and each other. Making inflexible and ultimately false associations with what is masculine (stoicism) and what is feminine (vulnerability) leads to a split within us. This leads us to feel separate, disconnected, from who we are as loving, living beings.

Arkan explains how we can create a new culture by returning to the combination, the beautiful dance, between masculine and feminine.

Humanity will finally find relief from this sickness when the heart of the new culture now beginning has more fully developed. This new culture is not centered in fear but in the liberation of human talents, the feminine ones, the masculine ones and those in which the feminine and the masculine are beautifully combined. Millions of young people around the world believe in this new culture and are working hard to heal their hearts and the split of pairs within themselves. Together we are creating a new design for our society where being split is no longer the norm. I call it a new culture, but it isn’t really new.

Andean people understand that we have arrived to a time called Pachakuti, a word that refers to a transition to a new cycle, a strong curve in the movement of time that creates big changes. The literal meaning of Pachakuti is “time that returns.” In our culture, we have learned that everything moves in circles, so there is a point when an old time returns to infuse its character into a new time. We are now in this Pachakuti that brings back the light, a time of great opportunity, as when a little child receives a transmission of wisdom from a grandparent. This is a cosmic moment that carries the opportunity to retrieve ancient wisdom of humanity that was forgotten after the great split happened (166).

As with any challenge there is opportunity. Earth-based wisdom prompts us to look at Memorial Day from the perspective of energetic balance, the circular nature of time, and how love is transmitted from generation to generation. When we do this, we look deeper at our own vulnerability and how we are showing up in the world.