Dark Matter and Vibrational Energy: Re-Discovering What We Have Known All Along 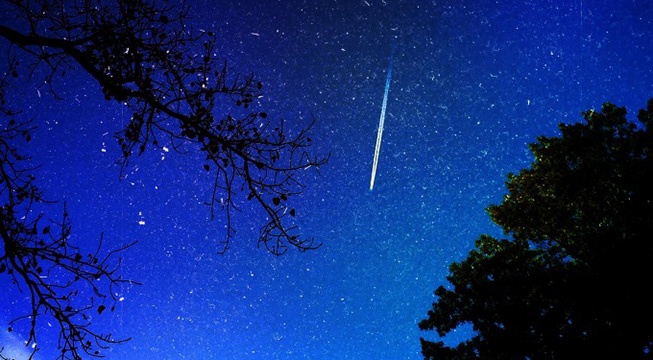 Science seeks to explain the world in mechanical terms, based on the general assumption that we can take things apart (or view them at a smaller/closer level) to figure them out. When viewed through the lens of the scientific method, plants, animals, atoms, and gravity follow certain natural laws.

Over the centuries we have tended to embrace science over and above the innate knowledge that comes from deep within our hearts and bodies. In modern culture, our belief in the wisdom of intuition, dreams, intentions, and energy has diminished, replaced by mathematical proofs and research papers. Of course, great advances in science and technology have improved our lives in countless ways, but our over-reliance on quantitative ways of knowing has created imbalance.

But more recent discoveries in science reveal in breathtaking fashion that this mechanistic view of the world is becoming outdated. The new theories favor surprisingly holistic models based on unseen forces such as vibrations and energy, which ancient and indigenous wisdom have always held to be true.

Superstring theory states that, as we go to smaller and smaller levels of matter, the smallest elements are not particles of matter, but instead they are vibrations of extremely small strings of energy.

The vibrations that make up our universe range from the microscopic to the infinitely huge. Electrons and protons, we now know, are not fixed objects in space but rather vibrating energy. The wavelengths of the colors we see are vibrations. Our heartbeat, the annual migration of birds, the tides, the orbits of planets around their stars, and even the expansion and contraction of the universe … all are vibrations on an increasingly larger scale.

Recently developed theories of dark matter and dark energy will stretch your imagination to an entirely new level. (A great resource for more scientific detail on these ideas is The View From the Center of the Universe by J. Primack and N. Abrams.)

Cosmologists can now state with some assurance that the universe was born 13 billion, 820 million years ago, most likely as a bubble of space smaller than an atom. But they have also concluded that all the stars and galaxies they see in the sky make up only 5 percent of the observable universe. The invisible majority consists of 27 percent dark matter and 68 percent dark energy. Both of them are mysteries.

According to that National Geographic article, dark matter is basically what holds the universe together - the scaffolding of the galaxies. It slows cosmic expansion, keeping us and everything from hurtling off into nothingness. It was first postulated in the 1930’s, and has since been confirmed as new studies indicate that galaxies would never have been able to form in the first place if dark matter hadn’t been there to hold them all together. But because dark matter interacts so weakly, or not at all, with other matter and even with light, we don’t yet know what it’s made of or even where it’s located.

Dark energy, first named in 1998, is even more mysterious. It has been called “a general label for what we do not know about the large-scale properties of our universe.” It is believed to be the force that is accelerating the rate at which the cosmos expands. Dark energy is such a mystery that “explaining it may require something new: a quantum theory of space and gravitation.”

Embracing A New Theory for Our Future

As members of a Westernized society, wishing to exert control over our world through scientific discovery, we strive toward understanding and quantifying everything. But so much is still a mystery. The wide expanses of space between stars, planets, and galaxies were once thought to be empty nothingness, and now we are finding that they are filled with energy, vibrations, and matter that eludes the perception of our scientific instruments.

Perhaps we should create a new general theory of the universe—a theory that recognizes that we are so small, and the magic and mystery around us is so great, that we should accept and embrace the idea that anything is possible.

If we could, as a global society, accept this theory, then perhaps we could also be persuaded to accept that other religions and cultures are as beautiful as the ones we were born into. That other colors of skin and eyes are to be cherished as we celebrate the diversity of all peoples. Animals and plants – even the Earth itself – would be honored as living beings with the same basic rights as humans. And we would be more accepting of other ways of knowing like intuition, dreams, and the sacred vibration of the Earth which gives us all life.

“Some scientists estimate that dark matter particles are so commonplace that billions of them pass through every human being every second.” If something we cannot perceive is so close to us that it is part of our bodies, doesn’t it make you wonder … what other forces and powers are right here, invisibly influencing us every day, and we do not even realize it?

A New Story for Humankind

Charles Eisenstein said: “A miracle is something that is not possible from the old story, but is possible from the new story.” New scientific discoveries are giving us a point of entry to a new reality, a new way of perceiving the universe, that may be more incredible than we can possibly imagine, given our species' current world concept.

Let us open our minds to new possibilities, new perspectives that might seem far-fetched. Everything was impossible before it was done for the first time. So we should try to see life in a new way, and expect greatness. Expect miracles. Expect for the known to be unknown, and for the unknown to lead us to a new and brighter existence.

Learn about a new way of living revealed in an ancient indigenous prophecy, more than 2000 years old. The prophecy explains why human history has been filled with division and conflict; but now we have entered a time of a shift to a greater human consciousness.

Download the Eagle and the Condor: A Prophecy for Our Time

Soaring into the Future on the Wings of an Ancient Prophecy

In this special e-guide, John Perkins, best-selling author and co-founder of Pachamama Alliance, discusses how an ancient prophecy—more than 2000 years old—explains the past in the context of the future, giving meaning to our present. This is a story of division and conflict, but also of union and peace.