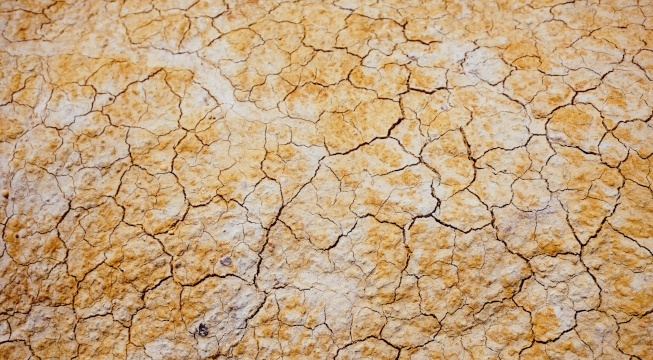 The four million residents of Cape Town, South Africa, are preparing for “Day Zero:” the day reservoir levels pass below a critical limit and water will be distributed at government-controlled centers rather than household taps. Day Zero is calculated based on supply and consumption levels tracked weekly by the government; thus, the day itself is a projection, but the local government considers it inevitable.

While the superficial causes of an entire city running out of water have been widely discussed (global warming, persistent drought, population growth), there’s a more subversive underlying cause: a fundamental belief in the “separateness” of humans from nature and from one another.

Humans as Separate from Nature

“The deepest crises experienced by any society are those moments of change when the story becomes inadequate for meeting the survival demands of a present situation.”

- Thomas Berry, The Dream of the Earth

The story that modern society listens to is one of human dominion over nature; a story rooted in religious, economic, and social philosophies that essentially define progress as humanity’s increased control over its environment.

Cape Town’s reservoirs have been depleting since 2014, a period of persistent drought and population growth. In September 2017, the government implemented a restriction of 87 liters per day for individual consumption.

Yet, the provincial government reports that that 60% of residents disobeyed the restriction, necessitating the introduction of a 50 liter restriction and associated penalization structure in January 2018.

Capetonians have failed to limit their use, potentially because they believe the story that technological progress will overcome ecological processes. This story shows up in places like the Biblical story of Genesis, but the modern version is reinforced every time we turn on the tap and water provision becomes a municipal rather than meteorological function. People have come to believe in their power over nature, and that "progress" is defined by further reducing humanity's dependence on the natural world.

Ironically, now that a state of crisis has been acknowledged, the people of Cape Town are forced to eliminate some of the artificial barriers between themselves and natural resources as they seek out natural springs and struggle to carry water back to their homes.

Humans as Separate from Each Other

There’s another possible reason millions of Capetonians have not complied with the water restrictions: loss of a sense of community.

Laws hold us accountable in most settings, but the social codes that dictate the nature of our relationships with each other are harder to define and easier to disregard. In our globalized world, individual actions can impact the global community so cause and effect are diffuse; moreover, the quality of interpersonal relationships continues to decline as technology eliminates the need for human-to-human contact. Under these conditions, operating from a space of self interest can become a default mode of preservation and the threat to our common resources and spaces is more dire.

When the story becomes inadequate, the true nature of community emerges. Capetonians are now acutely aware of their actions and the actions of their neighbors. They know what is expected of them, the role they have in mitigating the crisis, and are holding each other accountable through both negative (public shaming) and positive (sharing conservation tips) reinforcement. In a way, the crisis has illuminated a need for interpersonal cooperation and sense of purpose that can alleviate the inchoate loneliness and isolation that so many feel.

Why We Feel So Alone

Arkan Lushwala, an indigenous spiritual teacher, writes in his new book Deer and Thunder that our modern isolation results in a fear of “being small or being nothing.” Feeling separate from the Earth and from one another is incredibly lonely. To compensate, we make ourselves feel successful and powerful in artificial ways.

Arkan characterizes this pursuit as a driver of a different kind of poverty, one that results from a “lack of intimate contact with the sacredness of Nature and the lack of warmth and support from a community,” leading children of rich and poor equally disadvantaged and “look[ing] for nourishment in the wrong places.”

At the moment, there’s no question among Cape Town residents about what kind of nourishment they’re lacking. When a basic need is threatened, all the superficial ways we seek nourishment are revealed as hollow. This crisis presents a tremendous opportunity to choose a new story, a new way of being in the world, that has the potential to solve the profound crises of the human soul and the planet.