How to Identify and Resist Cultural Appropriation 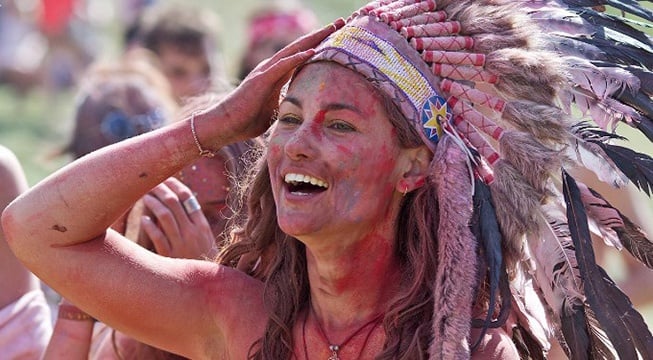 It’s music festival season! When the weather starts getting nice, music festivals like California’s Coachella and Lightning in a Bottle attract hundreds of people from around the world of all ages.

If you’ve ever attended a similar event or seen the photos taken at them, you may notice a trend amongst individuals that attend. Emulating the spirit of Woodstock and the hippie movement, music festival attendees often use their clothing choices to stand out— in some cases, incorporating styles that come from other cultures in order to appear original and unique, without considering the culture and people these items originally come from.

Regardless of one’s intention, cultural appropriation can occur, and it is up to the individual to think about how one’s actions or clothing choices may offend others in order to ignore it. There is no concrete list of items that are or are not considered cultural appropriation, which is why being mindful and critically thinking about what is and isn’t appropriate is essential.

One common accessory at musical festivals that has been cited as cultural appropriation by a number of articles and media outlets is the headdress. In fact, the company that runs the Lightning in a Bottle even identifies it as so on their website.

Wearing a headdress as an accessory crosses the line between cultural exchange and cultural appropriation due to the lack of respect about the traditions and significances associated with the item.

How to Identify Cultural Appropriation

As there is a thin line between cultural embracement and cultural appropriation, it is necessary for individuals to be mindful of other cultures and their possible reactions to what they may wear or say.

A series of steps you may follow if you wish to be more mindful about cultural appropriation:

By following these steps, we are better fit to identify cultural appropriation and are being sensitive to and respectful of all cultures.