If Corporations Have Rights, Why Doesn't Nature? 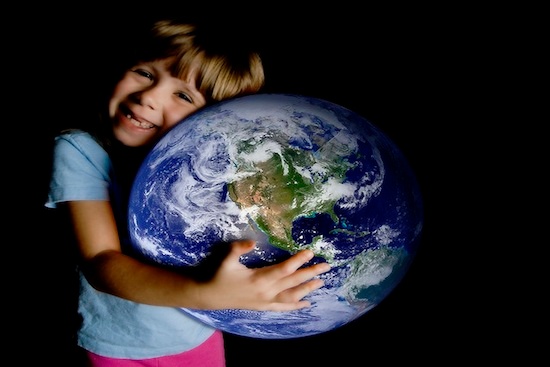 Now, thanks to one man in Vermont, this decision could also play a valuable role in establishing Rights of Nature recognition in his state, potentially opening the door for states nationwide to follow suit.

From Corporate Personhood to Rights of Nature

Vermont citizen Stephen Marx was so upset by the ruling that he decided he had to make something positive out of it. Drawing from the implications of the ruling's outcome, Marx started a state-wide movement to include Rights of Nature provisions in Vermont's constitution.

Marx explained his position to Vermont Public Radio saying, "When the Supreme Court said that corporations were people, I decided that it's just not fair. So instead of making it a fight, I decided to make it fair."

The Vermont Rights of Nature campaign is being led by Marx with collaborative support from the Earth Law Center, the Environmental Law Center at Vermont Law School, and other Vermont residents.

A proposed article will be voted on in a town hall meeting in March with the goal of amending Vermont's constitution so that it recognizes, "the natural, inherent and inalienable rights of forests, natural areas, waterways, and fish and wildlife populations of Vermont to exist, thrive and evolve.”

A Springboard for a Sustainable Future

Ultimately, this is a powerful call for management of natural resources that is more sustainable and ecologically mindful, and would give the justice system authority to demand accountability for such practices.

Even if the campaign doesn't succeed this time around, it could well be an inspiration for more state-led efforts that wake up legislators and fellow citizens to Nature's inalienable rights.

In fact, other U.S. cities and towns, such as Pittsburgh, have already succeeded in establishing Rights of Nature protections, and as the movement strengthens more are sure to follow suit.

Our Commitment to Rights of Nature

Here at The Pachamama Alliance one of our key areas of advocacy is Rights of Nature.

We believe that Nature exists as a living being with inalienable rights, and our work in Ecuador and around the world to establish legislative recognition of these rights has been vital in furthering the worldwide movement.

Some of our past accomplishments include helping form the Global Alliance for the Rights of Nature, and supporting Ecuador's inclusion of Rights of Nature in the 2008 Ecuadorean constitution. The links below provide more in depth content about this topic and our enduring commitment to it.