How Improving Democracy Will Catalyze a Sustainable World 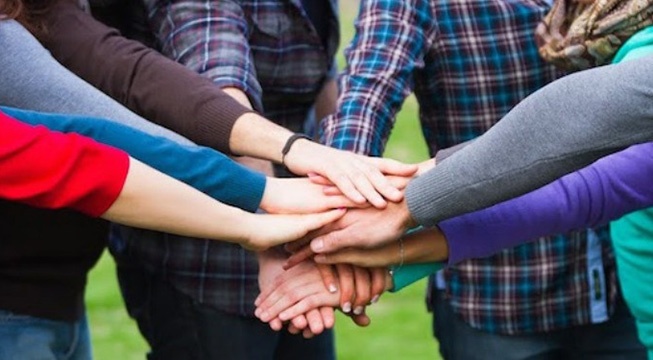 We are living in a New Era, in which there is a greater possibility than ever to bring forth a just, sustainable world.

Consciousness is shifting. The Millennial generation is more socially conscious than any generation before it. And people of all generations can see that there is possibility for the world to be so much better, and we can manifest that world if we take action.

In order to create that better future we all want, one of the most urgent issues we need to take action on is climate change and ending our dependency on fossil fuels. The contents of our atmosphere are rapidly shifting because we are burning coal, petroleum and natural gas on a massive scale, and have been for 200 years. The carbon dioxide released in this process is warming the atmosphere and acidifying our oceans, and this is damaging delicate ecosystems all over the Earth, as well as our ability to produce food and access to drinking water.

Individual actions, such as changing your own consumption habits to use fewer fossil fuels, are not enough to stop our planet from warming further; we will have to restructure much of our world in order to keep the Earth habitable for its current inhabitants. This kind of large-scale restructuring of society and economy often only comes in unpredictable shifts in culture, or when citizens come together to demand changes in policy made by huge institutions like governments.

How Democracy Plays a Part

In order to implement policies to phase out fossil fuels with the urgency needed to prevent further global warming and preserve our planet, we must have a democracy that hears all people’s voices, not just those of the rich.

Currently, the campaign finance system in the United States is overwhelmingly biased toward individuals and corporations with massive amounts of wealth. New Supreme Court decisions including Citizens United and McCutcheon, have lifted restrictions on campaign contributions, and contributions are a major factor in the outcome of elections in the United States. This gives corporations and people with large amounts of money the unlimited ability to financially influence which politicians are elected to office, and which laws pass.

For individuals whose wealth depends on fossil fuels, large fossil fuel corporations, and other large corporations who use fossil fuels, it is in their interest for society to continue using fossil fuels. They fear they will lose profit if we move to renewable sources of energy. So they contribute billions of dollars to support politicians and laws that prevent the shift to renewable energies, support the fossil fuel industry, and lift environmental restrictions. This maintains the status quo, and creates a barrier to manifesting a new, sustainable world.

If U.S. democracy was actually reflective of the interests of all its citizens, and not just the mega wealthy or corporations, there would be significantly less resistance against laws that catalyze the shift from fossil fuels to sustainable renewable energies. There would be more support for laws that support clean air, clean water, healthy communities, and ways of living that will sustain life on Earth because that's what citizens want for themselves, their loved ones and their own communities. This is why Pachamama Alliance supports an amendment to the U.S. constitution that reverses Citizens United and McCutcheon, stating that corporations are not people and money is not speech.

Improving our democracy to be actually representative of all its citizens isn’t going to be a magic fix, but it will be like moving a huge obstacle out of our path. Still, we, the citizens, will need come together and take action - make our voices heard - in order to create the world we wish to see.

How do we get into action to amend the constitution and improve democracy to include all voices? What can we do to make our communities more sustainable? Pachamama Alliance has created an online course to help you answer these questions. The Game Changer Intensive is a 7-week online course that will give you the tools and knowledge to get into action to change the game so that we can create a just, sustainable world. Our next course starts in September and you can sign up now!
Learn more & sign up