In many time-honored cultures, the New Moon symbolizes potential and embodies a portal for a new vision. The moon’s 28-day cycle from New Moon to Full Moon mirrors the powerful feminine energy, epitomizing the process of creation to manifestation. Working in consort with these cycles is a powerful way to realize our dreams. From this space, on a monthly basis, Pachamama Alliance offers practices and actions to realign with our values for a thriving, just, and sustainable world for all.

The New Moon is a time of new beginnings and an optimal time to plant seeds of growth and change in our lives. This month, the New Moon is on the 12th and will occur between two supermoons—full moons that occur when the moon is at its closest point to the Earth in its orbit, making it look larger and brighter than usual. Considering the unusual proximity of the moon to the Earth throughout this period, this New Moon will exert an extraordinary pull on our hearts.

Due to these forces, it can be beneficial to establish a clear vision for setting goals and intentions for the future and hold onto it tightly during the New Moon. The moon will be moving into Virgo at the time of the New Moon. This combination ensures a time of powerful inner healing and transformation.

Here are some tips for harnessing the power of the September New Moon:

Another way to take advantage of the healing and transformational energy of this month’s New Moon is to spend some time connecting with the cosmos to gain perspective on your role at this moment here on Earth, and connect with something larger than yourself. There are so many celestial events to connect with this month, you should have a chance to experience at least one.

The last quarter moon will sweep past Aldebaran, the orange glowing eye of the constellation, Taurus the Bull.

View the return of Venus and Jupiter to our sky. After their spectacular conjunction in late June/early July, Venus and Jupiter disappeared below the horizon and have not been visible to us for the past month or more. In September, both planets will reappear, visible in the morning sky instead of the evening sky.  Looking ahead: Venus will increase in brightness throughout September and October, and on October 26 it will converge with Jupiter and Mars, forming a planetary trio.

New Moon. This New Moon falling between two supermoons (full moons on August 29 and September 27) will be an especially powerful time for setting goals and intentions for the future.

The September Equinox marks the beginning of Fall for the Northern Hemisphere and the beginning of Spring for the Southern Hemisphere. The upcoming Equinox will occur on September 23, 2015. On this date, day and night will be exactly equal in length. Both hemispheres will be receiving the sun’s light equally on the Equinox. Also on this date, the sun will rise due east and set due west, so it’s a good time to find due east and due west from your home or another favorite star gazing location.

There are a number of cosmic occurrences on these dates:

Deepen Your Connection with Nature and the Cosmos 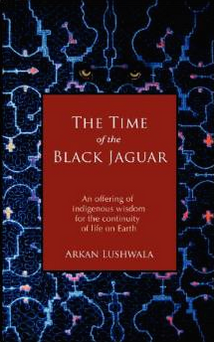 Download a book excerpt from Ceremonial leader, author, and Pachamama Alliance friend and advisor, Arkan Lushwala. In this excerpt from his book, The Time of the Black Jaguar: an Offering of Indigenous Wisdom for the Continuity of Life on Earth, Arkan's teachings will help you rediscover your relationship with the planet, and work to protect all life on Earth at this critical time. Download the Excerpt