Not Your Average Solar Panel: How Innovators are Developing Creative Ways to Harness Energy 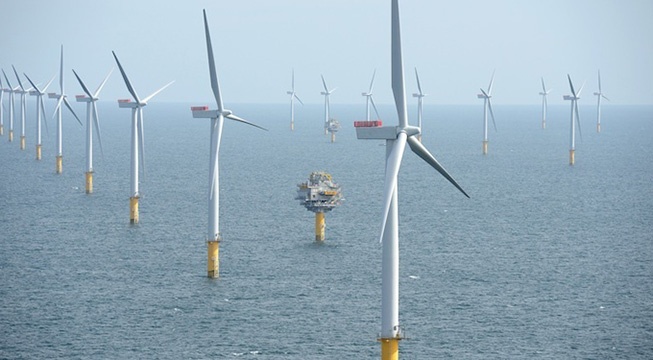 Fossil fuels are major contributors to climate change and are also non-renewable, meaning that once we use them up, they will be gone for good. It is therefore essential that we transition to clean energy alternatives in order to provide future generations with a healthy and livable planet.

We hear about clean energy sources such as rooftop solar panels that power houses or turbines in fields that collect wind energy, but there are many ways to produce renewable energy.

Some innovators are seeking out creative ways to harness alternative energy beyond the conventional methods you’ve most likely heard of. Some of this power, such as kinetic energy—from a person’s breath or movement—is captured on a micro level and helps individuals offset their personal carbon footprint. For larger scale power needs, scientists are finding creative ways to make already existing energy sources more efficient.

Here is just a handful of the creative solutions innovators are dreaming up:

It doesn’t seem like partying and energy conservation go hand in hand but WATT, a nightclub in Rotterdam, The Netherlands made this possible. WATT features “Energy Floors,” energy-generating dance floors that capture energy from the dancers and use it to power built-in LED lights. WATT also has several other Earth-friendly features such as toilets that use collected rainwater and a Zero Waste Bar that serves organic refreshments. They follow the guidelines of the Sustainable Dance Club, an organization that establishes specific goals for clubs, such as reducing energy use by 30% and decreasing waste by 50%.

While WATT is not yet carbon neutral, they hope to continue find ways to harness energy more efficiently. They have also been an inspiration for other dance clubs such as Temple Night Club in San Francisco, which has incorporated a dance floor similar to WATT’s.

Along the same line as sustainable dance floors, The Cadbury House Club in Great Britain has invested in a brand of workout machines called ARTIS that powers the screens on the equipment using the kinetic energy of people exercising. These machines consume 30% less energy than the standard model but unfortunately cost around £16,500. The Cadbury House Club projects that given the rising cost of energy, these will ultimately be an investment that will save them money. As inventors begin prioritizing energy efficiency, these types of machines will hopefully become affordable for the general population.

If partying or exercising isn’t your cup of tea, fear not! Scientists have designed an air mask containing mini wind turbines that charge a person’s phone with energy collected from their breath. It can be worn while reading, sleeping or anytime they’re breathing. While this gadget generates only a small amount of power, if everyone charged their phone this way, it would add up to a significant amount of energy saved. Right now, this air mask remains merely an idea but keep your eyes peeled for the day it goes on the market!

Floating wind farms are a creative way to make wind turbines more efficient. At sea, there is a fairly constant 30mph wind speed, making offshore windmills more efficient than on-land windmills. The problem, however, is that coastal residents often oppose wind turbines visible from shore, claiming that they obstruct the landscape, while building turbines far out at sea is too expensive due to the high cost of installing the bases in deep water.

In 2011, Principle Power, a Seattle based clean energy company, built a floating wind farm 217 miles off the coast of Portugal to solve this problem. This prototype, called WindFloat, is a 2-megawatt turbine, bolted to a metal triangular platform in the ocean, which is weighed down with four lines to prevent it from blowing away.

Principle Power is now working to make offshore wind turbines a reality all over the world. Some reports even suggest that this has the potential to power 15% of the world’s energy needs. The state of Oregon, for example, is planning on investing in floating offshore turbines to supply some of their state’s energy.

Another way people have begun harnessing energy from the wind is through kite power on cargo ships. Since these vessels are responsible for about 3% of human’s greenhouse gas emissions, Stephan Wrage, the managing director of SkySales, decided to experiment by putting a 600 square meter kite that collects the kinetic energy of the wind on the MS Beluga, a German commercial container ship. Through kite power, they managed to cut the ship’s fuel use by around 15% and save anywhere from $1,000 to $1,500 per day. As this technology becomes a more prevalent form of power, leaders at SkySales plan on finding ways to increase its efficiency.

While biodiesel, fuel made from vegetable oil or animal fat, has gained some popularity, it also faces major criticism. Its production process is highly energy intensive and therefore requires large amounts of fossil fuels which environmentalists say defeats its purpose an alternative energy source. Some food justice activists also criticize it because they view fueling machines with products meant for feeding people as a human rights violation.

Algae, on the other hand, grows naturally and quickly in environments not suitable for food production. While growing, it consumes CO2, produces oxygen, and purifies wastewater's. Its yield per acre is also significantly higher than that of most other kinds of biofuel.

Some groups such as the Energy and Environmental Research Center are striving to develop technology to make algae a convenient source of fuel around the world. As the population’s consciousness shifts towards one that is more mindful about the well being of the planet, algae fuel will hopefully become more well-known and widely used.

Like the creators of this innovative technology, our indigenous partners are deeply committed to the preservation of our planet’s natural recourses. To learn more about our connection to nature and gain a deeper understanding of why developing the “sense of the common good” is key to the Earth's future, download our free e-guide, “The Time of the Black Jaguar,” by Arkan Lushwala.