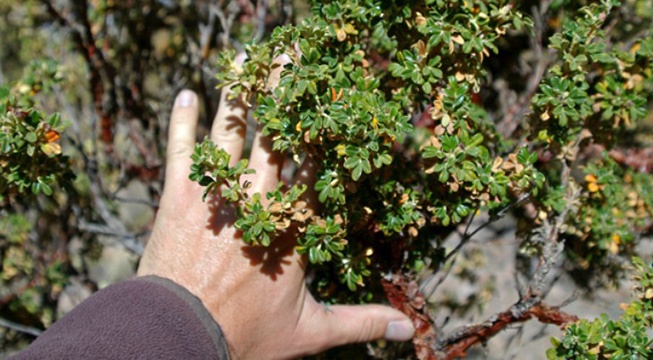 Fresh water makes up only 2.5% of all water on the planet. Nearly three quarters of this is stored in glaciers universally threatened by the pace and progression of climate change. 70% of the world’s tropical glaciers, found at lower elevations and especially sensitive to warming temperatures, lay within the borders of Peru. These Andean glaciers are retreating at an alarming rate, with serious consequences for the water security of the entire country and region.

While international cooperation to combat climate change can be slow going and diplomatic measures like the Paris Agreement await ratification, local communities around the world forced to address the impacts of climate change in an immediate timeframe are taking concrete actions to mitigate and adapt to the very real effects on their daily lives. In Peru’s Cordillera Vilcanota, this means tapping into ancestral knowledge to find solutions for today.

Local Warming in the Cordillera Vilcanota

The issue of disappearing water resources raises the question of food security. The indigenous communities of the Cordillera Vilcanota and Sacred Valley of the Inca in the region of Cusco depend upon agriculture. Traditional practice involves cultivating irrigated crops, like corn, at lower elevations, and rain-fed potatoes higher in the hills, in accordance with best growing altitudes. The Sacred Valley has been a hotbed of successful farming with these methods for thousands of years, but patterns are shifting.

The past decades have brought a serious increase in the variability of rainfall during the wet season and extended periods of drought and higher temperatures during the dry. This is changing planting times, resulting in the increased spread of crop diseases and pests, and pushing potato plots higher into the hills in search of cooler temperatures.

Centuries before, the inhabitants of the Sacred Valley and Cordillera Vilcanota were tuning in to the climatic rhythms of Pachamama and developing the tiered farming techniques that are still in practice today. Historical climate change has even been credited in part to the rise of Inca civilization. A prolonged period of warm climate between AD 1100 and 1530 caused the glacial melt that fed Incan irrigation canals and helped create the crop surplus that allowed the civilization to thrive.

Recent paleoenvironmental data has found floral and geochemical evidence of advanced agroforesty that aided the Inca as well. Information encoded in pollen core shows that tree planting and preservation was incorporated into agricultural technologies for a more healthy, diverse, and sustainable system of land use.

Centuries later, the traditional wisdom of the people of this region is helping to inform how today’s communities of Andean Peru adapt to and mitigate the effects of climate change such as the declining water supply.

The Peruvian organization ECOAN has partnered with indigenous communities of the southern Peruvian Andes on numerous community-based conservation projects. Six communities of the Cordillera Vilcanota have been celebrating a newly created holiday, Queuña Raymi, with massive plantings of native trees during the winter for the past several years. Queuña is the original Quechua word for the native polylepis tree and raymi is the Quechua word for festival. Between December 2015 and February of this year, the partnership has resulted in the community planting of 76,000 polylepis saplings around critical glacial lakes.

This manifestation of ancestral practices is a lesson of resilience to the challenges presented by climate change. The ancient understanding of the ability of the polylepis tree to filter water supply and act as a catchment system guides the way for the co-preservation of these human communities and endangered trees. The universality and biological interconnection of life is honored by Queuña Raymi in the inter-being of the human communities depending upon and caring for the Pachamama and Apu mountain spirits whose glaciers provide life-giving water.

Arkan Lushwala, ceremonial leader, author, and Pachamama Alliance friend and advisor, has written "The Time of the Black Jaguar," further exploring the way in which the co-healing work of earth and humanity can only be done through choosing cooperation with all life. Stories like this remind us that in can be done. The possibility of our times is greater than our crisis.

We invite you to learn more from Arkan Lushwala, renew your connection with the Earth, and start shaping a better future for this planet:

Download an excerpt from Arkan Lushwala's book, The Time of the Black Jaguar: an Offering of Indigenous Wisdom for the Continuity of Life on Earth. Arkan's teachings will help you rediscover your relationship with the planet, and work to protect all life on Earth at this critical time.