Reconnecting with Center in 2018 Year of the Earth Dog 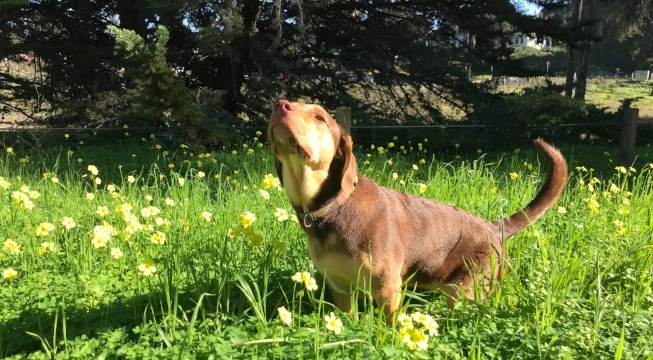 My Dog, Elliott, tasting the air in San Francisco, CA.

As we approach the Chinese New Year on February 16, I’ve been reflecting on my own recent experiences (i.e. struggles) as the parent of a young pup who embodies many of the qualities and important lessons of this upcoming Year of the Earth Dog.

Chinese Zodiac and the Earth Dog

In the Chinese zodiac, the twelve animals—Rat, Ox, Tiger, Rabbit, Dragon, Snake, Goat, Horse, Monkey, Rooster, Dog, and Pig—proceed in this order with each new year. Each animal is associated with one of the five Chinese elements—Wood, Fire, Earth, Metal, and Water—as well as Yin and Yang, color, and a slew of other attributes. The Dog, along with the Ox, Dragon, and Sheep, are Earth animals. But there are also 12-year cycles of time that revolve around one element, and we’re currently in the midst of an Earth cycle running from 2008 to 2019. Last year was the year of the Fire Rooster, but it occurred within this cycle. So while the Dog is always associated with qualities of the Earth, and the next Year of the Dog will be in 2030, the next time we will be in both a Dog year and and Earth cycle won’t be until 2078.

As dictated by Yin and Yang, there are complementary aspects of the Earth Dog that complete the whole. Qualities of the Dog like being protective, cautious, stubborn, loyal, and honest are neither good nor bad on their own but depend on their balanced manifestation.

Likewise, the Earth element represents stability, nurturing, and security, but all of these qualities can lend themselves to situations of over-protectiveness and a desire to always fix the problems of others. The Earth element is uniquely associated with “center” rather than any of the four cardinal directions (Fire is connected with South, for example), so embodying the qualities of the Earth and holding the roots of others can be both nurturing and empathetically taxing.

Lessons in Caretaking from an Earth Dog

My dog, Elliott, is a good Earth Dog. He is loyal, protective, intelligent, and guileless, but also prone to anxiety, uncertainty, and poorly communicating his needs (like not giving me a heads up before he goes on the rug). But taking care of someone so profoundly—basically to the point of providing for his existence on Earth—has taught me a lot about the Yin and Yang of my own Earth qualities.

I feel the most satisfaction out of taking care of another being; it’s a natural and comfortable place for me to be in all my relationships. I like to be the Earth that holds all the roots, so putting Elliott at the center of my life was a natural choice. But I’ve become increasingly aware of the opposing energy—an inability to ask for help, a feeling of always wanting to be the fixer rather than the fixed—as I’ve struggled to balance the rest of my commitment with my commitment to raise Elliott.

When I pass my limits, when I don’t ask for help, when I compromise too much, I get resentful. I get frustrated with Elliott for things he can’t begin to understand, and I always feel a little awful and a little crazy when I reprimand him in full sentences, as if he can understand.

Our Earth, too, has limits that we are testing, and feedback mechanisms that we are inadvertently unleashing. As it seems with each passing year, the Earth’s problems are only getting more complex, more interdependent, more dire. Wanting to fix these problems can be incredibly fulfilling; indeed, it’s enough to base a career and a life around. However, it’s important to keep in mind when it’s ok to surrender, to be vulnerable, to ask those in your community for help, to place trust in the hands of others.

Reconnecting with Your Center This Year

If you’re reading this post, you likely feel called to solve the world’s problems too. As we head into a challenging 2018,  take time to continually reconnect with your center and to ground your being in actions and relationships that will nourish you rather than breed fear, anxiety, or a desire to control. Take care of others in the ways you can, let others nourish your roots in the ways that they can, and try not to take yourself so seriously all the time. Elliott sure doesn’t.