Tapping Into Your Spirit Animal 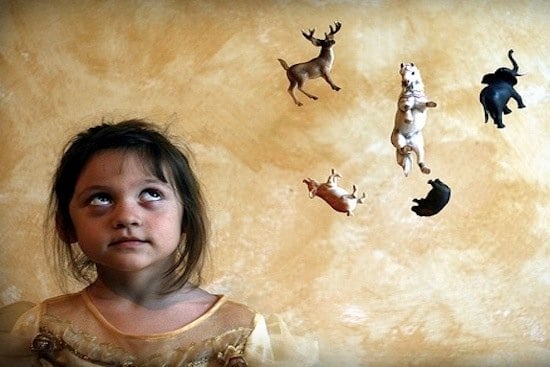 Has anyone ever asked you, what is your spirit animal? In popular culture this usually means, what animal do you think you embody in quality and characteristics? It can be a fun way to get to know someone or get to better know yourself.

For indigenous communities, and shamans in particular, a spirit animal is something much more complex, and much more powerful.

The Value of the Animal Kingdom

The dynamic species relations between animals, and found throughout Nature, are often revered as a valuable model which helps describe and guide human relations and social structure.

The essence of a particular animal, as it's uniquely conceived in each distinct culture, can be used as an instrument of analogy and meaning making. This essence helps construct and describe social and personal identities and values, much like the inquiry about your own spirit animal.

This meaningful essence of animal quality also holds a very real power for shamans. Animal spirits can be used as allies or helpers in the shamanic process, as the shaman performs his or her various roles.

For some indigenous communities, a shaman derives his or her power partly from animal guides that appear in dreams or other altered states. The special animal relations the shamans develop provide a potent source of protection and guidance as the shaman navigates ordinary and non-ordinary realities.

A common theme across cultures is a shaman's ability to transform into an animal, which then enables them to overcome certain obstacles in an alternate reality, or draw from the specific animals’ strengths to fulfill the intention of the journey.

In many indigenous Amazonian cultures, the role of the shaman within the community is considered similar to that of the jaguar in the forest. The jaguar represents the sun, fertility, and is a protector of Nature.

A shaman who transforms into a jaguar becomes a more powerful protector and a greater facilitator. Some communities also believe a shaman’s soul is transformed into a jaguar upon death.

A shaman may also use the horse spirit in shamanic practice. Known for its endurance and ability to cover long distances, a journeying shaman uses horse spirits as powerful companions while traveling through alternate realities.

In fact, objects such as drums, and other symbols used in shamanic practices, are often referred to as the shaman’s "horse." Shamans effectively use them to successfully “ride” into another world, as tools of safe transport across and within realities.

If you are a natural protector, like the jaguar, you will shine in that protective role. If you possess an innate endurance, like the horse, you'll excel as that steady companion guide.

With that said, drawing upon the strength of the animal that we are not, the person we are not, can be an immensely helpful process. In fact, it may be essential to navigating life's sometimes difficult and foreign circumstances.

Like a shaman, we must recognize our own strengths and limitations, and draw from Nature's helping hand in whatever embodied form it presents itself to us. For a shaman, it could be the essence of the jaguar. For you, the essence of the horse. Or maybe, the sage advice of a close friend.

Whatever the origin, Nature provides us all with a diverse set of spirit animals as allies on this unpredictable and miraculous journey through life.