The Dalai Lama on His 80th Birthday: Have Compassion for Our Planet 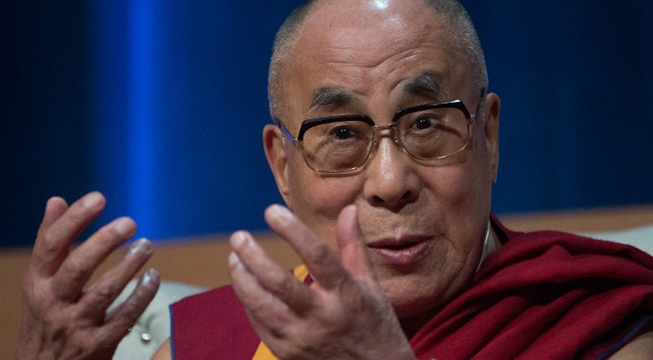 Last week I had the opportunity to hear His Holiness the 14th Dalai Lama speak at the Global Compassion Summit that was held in conjunction with his 80th birthday. The three-day event gathered thousands of people, some incredible panelists, and covered an expanse of topics including: compassion; the transformative power of creativity and art; the effects of climate change; wisdom, vision and experience; and the significance of education in advancing universal human values and youth leadership.

Sitting on stage with His Holiness during the panel on climate change were scientists, activists and politicians; all contributing their lens to the discussion of the environment.

Having the Dalai Lama speak to the effects of climate change—and its possible solutions—alongside renowned scientists was an incredible dynamic to witness.

An explanation of their scientific research laid the framework for the panel discussion.

Dr. Veerabhadran Ramanathan, one of the leading scientists on climate change who discovered the super greenhouse effect, announced that if action wasn’t taken, we would be experiencing drastic climate change within 30 years. A change of this magnitude would be felt by every living being on the planet. But he warned that if we wait for this proof it will be too late to help the people who will ultimately suffer the most—the poorest 3 billion people.

Although the wealthiest 1 billion people consume 50 percent of fossil fuel energy and produce 60 percent of greenhouse gas emission, he said that we have the science and technology to make a difference. Those same people have the education and capability to implement renewables and clean energy around the world. What we need now is a change in our attitude towards the environment.

“This problem is out of the hands of scientists,” he said. “Now it’s in the hands of faith leaders—this is a problem of compassion.”

“We have to make an effort, so that even if we fail we have no regret,” he said. “Ultimately this is a matter of our survival.”

The Dalai Lama spoke of the technology that is available to us today and how he believes it should be utilized across the globe. But ultimately, he said that the solution lies within compassion.

Miya Yoshitani, a community organizer fighting for climate justice, synthesized the Dalai Lama’s message when she spoke of active compassion.

“Compassion is not neutral,” she said. “It’s an active state of courage, fighting for dignity.”

Every person and animal on this planet deserves health and safety, and unless we take conscious and progressive steps to combat climate change we’re stripping billions of people of this right.

When the panel was introduced, I saw a meld of people from different backgrounds whose lives were rooted in one way or another to climate change. I assumed that each one of them would see climate change from an entirely unique light and by the end of the discussion I would be trying to align all of these disciplines.

And to a degree that’s true. The foundation of their knowledge was all rooted in their own experience, but the overlap of that experience was the true insight.

Everyone is called upon to shift their compassion and shift their dream for the modern word.

In our E-Guide Dream Shifting 101, John Perkins—co-founder of the Pachamama Alliance—speaks about dreamshifting and its vital role in our lives. He explains how positive and negative dreams affect change not only in your personal life, but also in the world at large. He helps you to better understand the difference between dream and fantasy, and explores the changing dream of the modern world.

Shift your dream and your compassion.