The Need for Intersectional Environmentalism

“The better we understand how identities and power work together from one context to another, the less likely our movements for change are to fracture.”

Action on climate change is increasingly becoming a pressing issue across the world. As the effects of climate change continue to intensify, people everywhere are seeing the need to urgently address the climate crisis. Although this work is critical, it will be ineffective unless those who are most impacted are at the forefront.

Those who are most impacted by climate change tend to be marginalized communities who lack access to resources—such as clean water—and who aren’t afforded adequate representation in decision-making spaces. Viewing the climate crisis through the perspective of high-risk populations will allow us to better understand the wide range of climate change impacts on different communities.

Intersectionality describes the ways in which systems of inequality based on gender, race, ethnicity, sexual orientation, gender identity, disability, class, and other forms of discrimination “intersect” or “overlap” to create unique dynamics and effects.

Intersectionality was derived from the work of the Combahee River Collective, and later, coined by Black feminist and civil rights activist Kimberlé Crenshaw. The Combahee River Collective was a collective of Black feminists in the 1970s who spoke to the importance of understanding how major systems of oppression—such as racism and class oppression—interlock. Not only did they focus on the struggles faced by women of color, but they also brought attention to the role that women of different sexual orientations had in the development of Black feminism and African-American history.

Following the Collective’s movement, Kimberlé Crenshaw created the term intersectionality in 1989 to analyze the overlapping systems of oppression related to race and gender. Specifically, Crenshaw shed light on the unique experiences of Black women and how anti-discrimination laws failed to adequately address the discrimination that Black women were facing.

The work of both the Combahee River Collective and of Kimberlé Crenshaw has been critical for uplifting the importance of an intersectional approach to activism. The importance of intersectionality continues to grow within social movements everywhere and has influenced conversations around racial justice and more. 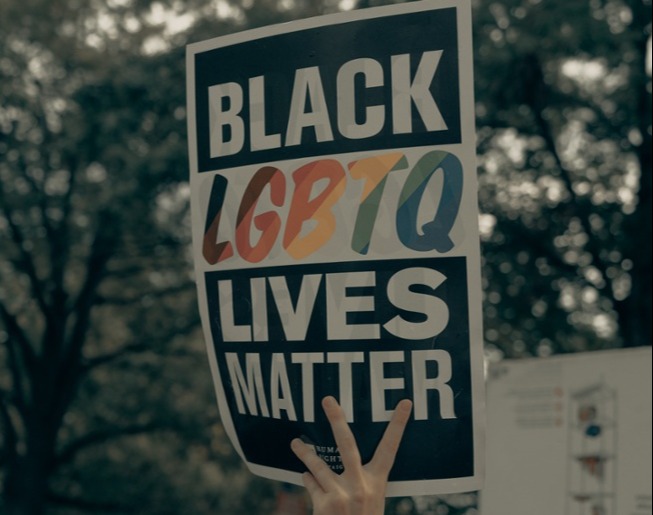 While the concept of intersectionality has been incorporated in major movements like the Feminist movement, LGBTQ+ movement, and the Black Lives Matter movement, it is also crucial to the environmental movement.

Intersectionality is important in climate change work because it ensures the inclusion of diverse voices whose perspectives are critical to understanding and effectively addressing the climate crisis.

An intersectional approach to environmental advocacy also sheds light on the ways in which climate change impacts are exacerbated by existing social inequalities. Environmental issues are often separated from social justice issues, though both stem from a lost sense of interconnectedness as well as an exploitative and extractive economy that treats the Earth and some communities as disposable.

As a result of this systemic injustice, minority and low-income communities are disproportionately exposed to air and water pollution, toxic wastes, or other environmental hazards, and live closer to food deserts, landfills, highways, and other toxic facilities. And because of ongoing political and economic inequality, marginalized communities don’t have the resources to avoid pollution, natural disasters, and the economic toll that comes with climate change.

It is crucial to see the nuances in how people with different identities are uniquely affected by the climate crisis. An intersectional approach to environmental advocacy allows people from different backgrounds—whose voices may have previously been pushed to the margins—to be heard and ensure that solutions to the climate crisis address the impacts they experience.

These diverse perspectives provide opportunities to implement policies that uphold the rights of all people while protecting the planet, instead of exacerbating the impacts of the climate crisis on those most affected.

Women for instance—especially women of color—are more vulnerable to the consequences brought by climate change, for women make up the majority of those in the world who are poor and whose livelihoods are completely dependent on natural resources. Climate change exacerbates existing gender inequalities; at the same time, these inequalities hinder women’s capacity to take climate action. Limited access to economic independence, education, and decision-making power impact women’s ability to address the climate crisis. They also have to navigate gender-related violence in their environmental advocacy. Indigenous women who are at the forefront of their communities’ efforts to protect their rights and the environment are particularly vulnerable to environmental-related violence across the globe.

The Toxic Wastes and Race Study found that race is the most significant factor in predicting where hazardous wastes are or will be located. This means BIPOC communities are disproportionately affected by new or existing commercial hazardous waste facilities. These communities are not only disadvantaged due to the concentration of pollution and toxins in their neighborhoods, but also because of the lack of support and resources they receive to alleviate the impacts of environmental crises. After the destruction caused by Hurricane Katrina, aid and rebuilding efforts were rushed to wealthy, predominantly White areas while the needs of poorer communities—which were mostly home to Black Americans—were ignored.

Climate change, loss of land, and polluted resources, such as air and water, pose a significant threat for people with disabilities to live safely and comfortably. Access to shelters during climate emergencies or equal access for those with hearing or seeing difficulties to crucial information is still not common, leaving people with disabilities to have a more challenging time navigating the climate crisis. This inequality, however, is also seen in climate solutions. Bans on single waste plastic items and new infrastructure that doesn’t accommodate people with disabilities in some cases have turned “preserving the planet for all” into “survival of the fittest” where voices of people within the Disabled community are not taken into account.