The Wisdom Within: Sacred Masculine and Sacred Feminine 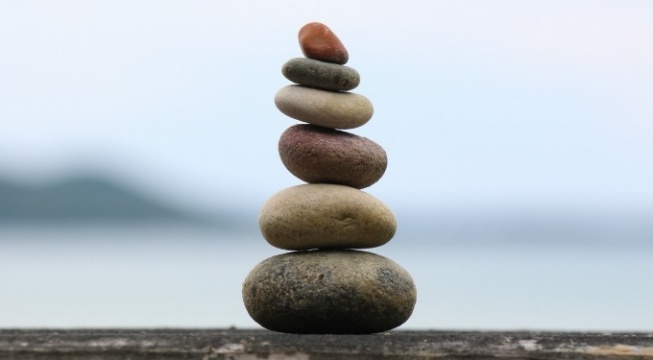 There is an ancient South American prophecy called the Eagle and the Condor.

"Deep in the mists of history, human societies decided to take two routes and become two different people: the Eagle people and the Condor people."

"The Eagle people are typically mind-oriented, industrial and related to masculine energy, often identified with science and technology. They have been the explorers, the colonists, and the aggressors in the records of history."

"The Condor people are intuitive, creative, feeling, and related more to feminine energy. Indigenous people have usually identified with this path, as they prioritize the heart above the brain, and mysticism over rationalism in their cultures."

Both traits are valuable, each in their own way, and both are needed in order for humans to be successful as a species and to maintain a healthy and life-giving presence on the Earth.

Currently the Earth is being run by an excess of the Eagle personality. Strategy and dominance, owning the most property, and making the most money have taken hold as all-important goals for many people. These qualities represent an extreme, unhealthy version of the Eagle people. Worldwide manifestations of greed and war are the unfortunate outcome.

At the same time, the Earth's resources are being utilized far too quickly and without regard for the long-term effects of these actions, and our planet's health is in danger. The world is out of balance. The ancient indigenous people have seen in their visions that the two aspects of the human consciousness—the Eagle and the Condor—must come together in peace and unity, or “humanity will literally undo itself and its own civilization,” as the prophecy goes.

Each of us—male or female—carries within us aspects of both the sacred masculine energy and the sacred feminine energy. The balance of the two energies helps to determine each individual's life path, passions, and natural tendencies for how we choose to live. In his book The Time of the Black Jaguar, Arkan Lushwala explains this phenomenon:

"Human strengths such as willpower, compassion, and the seeking of freedom are kept alive when people are inspired by love and there is a blending of feminine and masculine qualities. Those who live deeply in love with the fullness of life are capable of fighting for what they care for with all that they have."

Arkan goes on to state that in today's world, “We are suffering from an excess of a false masculine force.” The false masculinity dominating the Earth today is not the true, or sacred, masculine that has always naturally guided humankind toward honor and courage; but instead it is a “heartless and abusive” force that causes war, suffering, materialism, and many other evils from which we find it difficult or impossible to escape. It is driven by deep insecurity and fear. Both men and women in the modern world attempt to increase their power and soothe their insecurities by embracing the false masculinity.

This theory of the false masculine echoes the idea of a world overrun with strong Eagle tendencies. Arkan says that when we return to a balance between the sacred masculine and the sacred feminine, we can become “solid as a tree” with deep roots, connected to the Earth.

Finding the Balance Within

Each of us carries within us aspects of both the sacred masculine and the sacred feminine.

The true masculine is characterized by confidence without arrogance; rational thinking without a need to control; honor without a desire for war. It provides stability, strength, and courage in an ever-shifting world.

The true feminine brings a deep wisdom rooted in trusting one’s intuition and heart. It is a passionate, creative, and life-giving force. The true feminine supports deep heartfelt nurturing of all creation and the passing along of traditions from one generation to the next.

Arkan says that when we find the balance of these two sacred forces within ourselves, we can draw confidence, integrity, and conviction to our beliefs from this connection, and lose our fear of expressing our truest self.

We can show love and respect to all people and cultures, regardless of the things that make us different, because we do not feel threatened by others or try to control them; instead we value the contribution that each individual brings into the world.

We can honor our elders, learn from their life stories, and take up the traditions and wisdom that they want to pass along to future generations.

We can model for our children a pure and loving consciousness that incorporates both masculine and feminine ways of being, without judgment; that welcomes mystery and magic as a natural part of life; that accepts fully the beauty of our intuition and inner knowing.