The Age of the Human: Cosmic Potential and Our Responsibility to an Impacted Planet 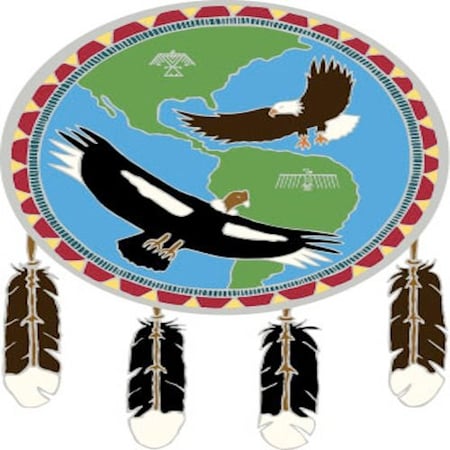 In a video from a previous blog post, John Perkins, one of the co-founders of The Pachamama Alliance, explains the Eagle and Condor prophecy, a prophetic narrative found amongst a vast variety of indigenous traditions dating back thousands of years.

The prophecy describes the era in which we now live as one with the greatest potential for the Eagle and the Condor, the heart and the mind, to again come together and catalyze a positive shift in consciousness. Perkins closes by reminding us that, "The prophecies don’t say it will happen, they say we’re in a time of potential. It’s up to us to make them happen."

As we simmer in this cosmic potential, the story we tell ourselves about who we are, what we're about, and where we're going will play a large role in determining what we become, how we get there, and where we end up. Humanity's self perception may be the difference between harnessing this profound potential or letting it slip away.

Defining the Legacy of an Era

Thousands of years ago, vast sheets of ice forever changed the face of the Earth during the aptly named Ice Age. Fast forward to the present and ask yourself, at this moment in time, what element of life on Earth is having the most enduring impact on the planet? Humankind is surely the latest, most powerful shaker of the world's natural history.

Some years ago, Nobel Prize winning scientist Paul Crutzen called for a public redefining of this era to one more fitting of the times: Anthropocene, or the Age of the Human.

On the surface this may seem like another sticker to paste on the formidable wall of human arrogance, but a closer look at this idea reveals that something as simple as a human-centered name for this era could have powerful implications for harnessing our potential as a species and creating a healthy future for life on this planet.

Since the dawn of modern industrial society, the story of human "progress" has been filtered through a lens that insists humans are masters of the Earth.

Models of mass production and distribution, and an increasing dependence on artificial food production and non-renewable resources, are just a few of the "advances" that continue to stoke the fire of unsustainable trends threatening to engulf our future in chaos and destruction.

It is a great paradox that while we fervently seek out ways to live longer and more comfortably, the earth is slowly dying all around us. If the modern world could cleanse this lens that glorifies human superiority, the long-term consequences of unsustainable models would be far too clear to ignore.

How we see our role in the world, as individuals and as a global human community, must ultimately reflect a more symbiotic relationship to the Earth to ensure a thriving future for all Life.

Paul Crutzen encourages recognition of the Age of the Human so that we, our children, and future generations stop ignoring the unprecendented impact of human life on this planet. Such recognition would help imbue an understanding of the need to curb our destructive tendencies and firmly establish sustainable models.

Many indigenous communities offer such models for the modern world to return to a sacred way of being where heart and mind, Eagle and Condor, remain in balance with one another. This is why a rebalancing of human life must be a global effort, one engaged by the entire human community working together with a clear shared vision as co-inhabiters of this planet.

A transformative shift is at hand for a planet in dire need, and actively engaging the potential and opportunity of this era as the most influential species alive is our essential and sacred responsiblity. As humans stand at a poignant turning point in history, it is up to us to define what the Age of the Human will come to represent.

The next chapter in the human story is waiting to be written and among the tools which will write that chapter are the heart and the mind, core elements of human expression, dual ways of knowing and being that have been separated for far too long.

As the Eagle and the Condor circle towards one another again, the time is now to seize our potential in this moment in history to become more wholly human and create a wholly healthy planet once more.

Explore Your Role In This Transformative Shift

Opening Image can be found here.