We Are One: The Science of Interconnectedness 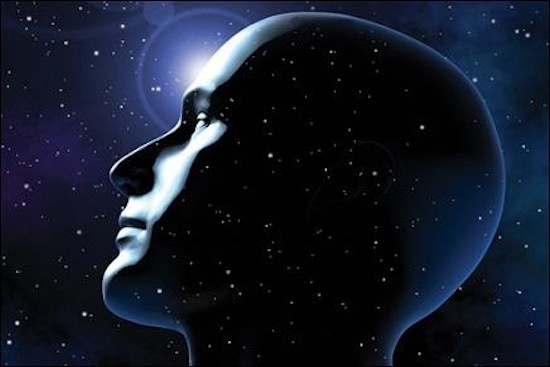 Indigenous peoples across the world have lived and continue to live in a way that honors the system of life as a deeply interconnected whole. Much of the modern world, on the other hand, seems to have forgotten or chooses to ignore this truth, and looks the other way when the consequences of this ignorance become apparent.

Almost always, it is science that the modern world turns to as its savior from such ignorance. And now, as scientists delve further into the mysteries of reality, science is beginning to reveal just how interconnected we all are on a very deep, very intimate level.

Famously described as "spooky action at a distance" by Albert Einstein, entanglement refers to the aligned behavior of two distinct particles. This has been measured on the subatomic scale (i.e. photons), but for the sake of simplicity I'll describe it using macro level objects.

Say you have two oranges. They roll down a hill, bump into each other and bounce their separate ways. Let's say one bounced into your backyard and the other bounced all the way to the other side of the world.

You decide to interact with the orange by grasping it and spinning it on the ground. At that exact moment, the other orange, still undisturbed by anyone or anything, starts spinning as well, as if an invisible force acted upon it.

When two particles interact, they are forever entangled, and in a way that quite literally transcends boundaries of space and time. This phenomenon doesn't happen at the speed of light nor at at any measurable "speed" at all. It is instantaneous and suggests that on some fundamental level yet to be fully understood, reality and all its components are inseparable.

Thus, while we live within a macroscopic perception of separateness, science is telling us, and the sage indigenous elder still reminding us, that no matter how independent we perceive our actions to be, underneath it all, we're all spinning to a similar cosmic tune.

The Rhythm of a Global Mind

Another scientific project yielding data with intimations of an interconnected world is the Global Consciousness Project. Headed by experimental psychologist Roger Nelson, the GCP is a multidisciplinary collaborative effort taking place literally at all times and all over the globe.

The purpose is to measure the effect that the focused consciousness of millions of people has on what are called random number generators. With over 70 host sites across the globe, these machines run continuously, emitting a truly random stream of zeros and ones (imagine flipping a coin non stop).

What Nelson and other statistical analysts have found is that when highly emotional large world events occur, like massive earthquakes, terrorist attacks, the Olympic Opening Ceremonies, events where millions of people are tuned in to similar emotions and intentions, these random data machines become more "coherent," straying from their random output.

Odds in Favor of Oneness

In other words, instead of continuing to hum along producing random data, where long periods of time demonstrate a 50/50 pattern, the machines jump out of randomness during times of global emotional upheaval. Put simply, out of 100 "coin flips," instead of 50 heads and 50 tails, it's maybe 75 heads and 25 tails.

A skeptic might say that this is bound to happen sometime if it is a truly random stream. However, that does not explain why these significant jumps occur precisely during events like the 9/11 terrorist attacks, or when the vast majority of the world is tuned in to the Olympic Opening Ceremonies.

While the mechanism of this phenomenon has not been empirically discovered, this data has been seen with consistency over many, many large-scale world events. A complete list of catalogued events from 1998 to today can be found here.

The data suggests that on some level a collective intention, the focused conscious experience of millions of people, sends powerful ripples through the mysterious fabric of reality.

A Convergence of Truth

One of the guiding principles of The Pachamama Alliance is that human beings are not separate from each other or Nature. We are totally interrelated and our actions have consequences to all.

Not everyone needs dry scientific data to convince them they should live in a way that respects the interconnected system of life. For some, the mystical experience or the wisdom of the indigenous elder is their guiding truth.

However, what science can do, and is doing, is bringing two modes of knowing, that of the heart and that of the mind, slowly but surely together.

And as they inevitably converge, the perceived boundaries of truth, which are the source of much division and conflict in our world, ultimately dissolve. As we approach the Truth together, with a shared vision for the Pachamama that honors all her intertwined parts, the community of Earth can truly begin to live as One.