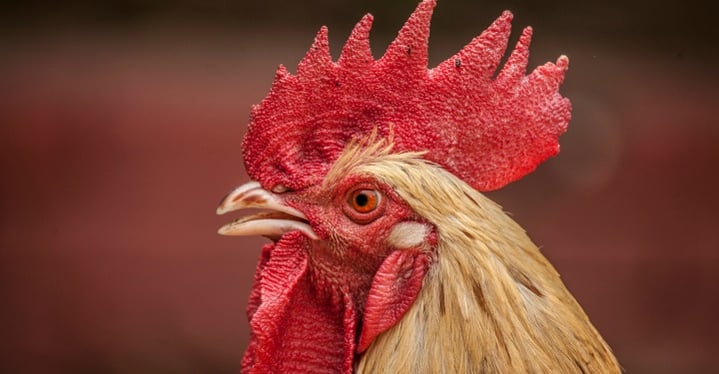 There are many cultures around the world who for centuries followed a different calendar than the Julian and Gregorian calendars originally born in Europe which are adhered to by most of the world today. Originally linked to the cyclical patterns of agricultural production, China has used a lunar calendar to mark the passage of time for millennia—since the time of the Xia dynasty (21st to 16th centuries BCE), and has their own zodiac.

In modern-day China, the old lunar calendar continues to be used popularly together with the solar-oriented Gregorian calendar as a way of marking traditional observances. New Year, also known as the “Spring Festival” is the longest and most important holiday in China and begins on the second new moon after the Winter Solstice, which falls this year on January 28, 2017. This is the year of the Yin Red Fire Rooster. The Rooster is the sign of dawn and awakening where success is not guaranteed, but will only come with patience and hard work.

Moving Out of the Year of the Fire Monkey

2016 was the year of the Fire Monkey. The Monkey is a hyperactive, clever problem solver and a social animal who seeks to “tackle pressing problems and emerge as a passionate leader.” Some Chinese astrologers predicted 2016 could hold great potential for social change if the Monkey’s “wild and mischievious energy” could be wisely channeled. The danger was that this past Monkey year was ruled by fire.

Fire offers intensity and if not tended to properly it can either quickly burn-out for lack of enduring and constant fuel, or conversely, burn too hot and flame out of control. Sometimes, as in the case of the 2016 Fire Monkey year, both can happen simultaneously. We saw great movements towards social change emerge with their corresponding conservative, progressive, and independent leaders vying for power. Some of these movements burned-out for lack of proper fuel, and some turned into massive infernos. In considering this past Fire Monkey year much analysis has reflected the difficulties and challenges that arose during 2016. While Monkey can be clever, social, and energized, his shadow side is ruled by imbalance.

Astrologers advise us that Monkey can be reckless, he is the “trickster, the joke-lover and the unpredictable sign...It is normal for people to feel somewhat ‘unsettled’ during a Monkey year, especially one sat within the element of Fire.” We are reminded however, that this energy is often what can... “shake things up, and inspire us to create a necessary correction when things have maybe gone too far the other way... In the ancient stories Monkey often shocks us with his crude antics just to show us where we do not want to go.”

Energetic Embodiment of the Fire Rooster

The Rooster crows at dawn, welcoming the rising sun and a fresh, new day. Characteristics associated with Rooster are “ambition, pride, the desire to be admired, punctuality, courage, passion and a well-developed disposition for love and seduction.” He is a majestic and regal bird and carries himself with confidence, exuding pride and grace. The motto of the Rooster is “Always higher, always going on” —a call that may prove to be inspirational to all of us.

The Year of the Rooster will be a powerful one, with no middle of the road when it comes to moving forward. Fire comes into play with this Rooster as it did last year with the Monkey. Yet it is a different kind of fire. The Monkey’s fire was Yang, while the Rooster’s is Yin. Raymond Lo, who has achieved world fame for the accuracy of his predictions using Chinese astrology, explains that Yang Fire symbolizes a “straight-forward and quick temper person ready to explode,” while the more gentle Yin fire represents an “emotional, sentimental and sensitive person” that does not lose their temper but can be “tense and nervous.” The danger here is that if the fire is not harnessed wisely, emotions can accumulate over time and explode all at once. This can be be “more serious than yang fire”, Lo says, “as such, the Yin Fire Rooster year seems not peaceful. [There may be] international conflicts and clashes.” But because of the Rooster’s leadership, and his tendencies towards righteousness, courage, justice, integrity, and efficiency, we will all be inspired towards bravery and not be easily defeated by difficulties and adversities.

While there may still be conflict and disharmony, we will tend towards optimism and be ready to commit to action. The Rooster is the leader and protector of the chicken coop and will fight when necessary to take care of his community. As such, we will all prove to have more passion in life and will not hesitate to come together and roll up our sleeves in order to reach our objectives.

Igniting the Fire of the Rooster

In these challenging times ruled by fire, it is more important than ever to tap into the Rooster traits of loyalty, commitment, passion, hard work, courage, and prioritization of family values—as well as to organize and build community with others that share a vision for personal and planetary transformation. Pachamama Alliance is committed to facilitating this process by providing transformative educational programs such as the Game Changer Intensive, which not only offers the opportunity to build alliances with new people who are committed to a worldview that honors and sustains life, but also provides you with the tools needed to be a pro-activist leader, a game changer in your community, and ultimately the world.