Why Our Souls Need Nature 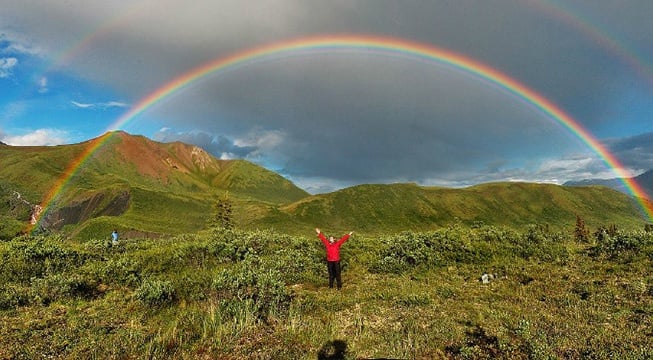 We have all felt it at one time or another. A call, a yearning. A deep knowing that we belong. And why does it so often happen when we have climbed for half of a day to reach a rocky mountaintop, or when we stand silent in awe beneath a sweeping blanket of pinprick stars and the beckoning moon? That feeling is our spirit, reaching back through time, calling us to return to the old ways of being.

As Arkan Lushwala states in The Time of the Black Jaguar: “What a magic world that was! Our ancient grandfathers had a mind very different than ours; their mind was really free and wise, naturally connected to the sacred motion of the cosmic forces.”

Arkan goes on to explain that the ancient people in Egypt, Guatemala, Peru and other places—where today we go to visit and marvel at their ingenious pyramids and sacred buildings—felt a burning responsibility to play music, dance, pray, and light fires in their sacred spaces. These rituals raised the vibration of the Earth and all beings on it. They activated consciousness and healed parts of the Earth that were hurting.

A Sense of Our Oneness

The ancient people understood that we are all interconnected. Recent studies show that humans, plants, animals, and the Earth are made of stardust. When stars are at the end of their life cycle, they collapse and then explode in a supernova. The elements—atoms and molecules—that were formed and then expelled as other stars died, later joined together in empty space to create our own sun and its solar system, and as a result, all life on Earth.

The rivers, the rocks; the eagle; giant redwoods and phytoplankton; the tiny infant, calm in her mother’s arms: all are intrinsically the same. When one life ends, another begins. This is our legacy, and our comfort, as living beings on the Earth. The circles and cycles of life extend out infinitely in all directions.

The Power of the World always works in circles,

and everything tries to be round.....
The Sky is round, and I have heard
that the earth is round like a ball,
and so are all the stars.
The wind, in its greatest power, whirls.
Birds make their nest in circles,
for theirs is the same religion as ours....
Even the seasons form a great circle in their changing, and always come back again to where they were. The life of a man is a circle from childhood to childhood, and so it is in everything where power moves.

Listening to the Wildness Within Us

We cannot be separated from the natural world. Our bodies need to breathe the air, to drink the water, to eat the food that grows in the Earth. Even in cities, where it feels as if man has overcome the need to be connected to the Earth, the pavement is still supported by the ground beneath; weeds and grass shoot up, relentless, from the cracks in the sidewalk. The brilliance of a sunset glows from behind the skyscrapers. The wildness of nature calls to us, entreating us to open our hearts. It never gives up on calling us to return home.

And yet … So many people have turned away from nature. Turned a blind eye to the overflowing landfills, the oil spills and the disappearing wondrous plants and animals, each one of a kind, each a special and critical link in the whole of life. Indigenous languages are being forgotten. The forests are disappearing.

From David Abram in The Spell of the Sensuous: “It is likely that the ‘inner world’ of our Western psychological experience … originates in the loss of our ancestral reciprocity with the animate Earth … The animate powers that surround us are suddenly construed as having less significance than ourselves.” 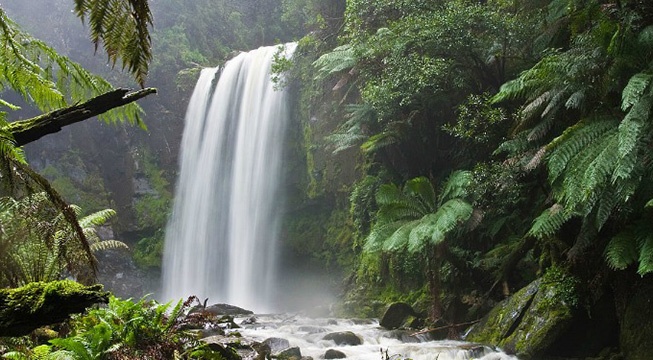 How to Find the Way Home

Our souls feel this loss. Our hearts know it, deep within. That is part of the reason that many of us turn away—it is too painful to bear. But we must, instead, turn toward the pain. We must embrace it, as a way out, a way to the other side, where we will turn history on its head and run back to the source. We can still go back.

Human consciousness is shifting. The dreams of the Achuar people in Ecuador brought an alliance from the north, and the Achuar ancestral lands have been protected from oil drilling. Communities, activist groups, and organizations are springing up in record numbers, working to bring back peace, justice, and to protect the planet. An awareness of the cosmic cycles that move us are returning to the mainstream culture. Climate change, and an acknowledgement of its potentially harmful effects on the planet, is being recognized and people are increasingly taking action to heal the Earth.

We are attuned to receive the Earth’s wisdom, to feel Her heartbeat. We must strive to reconnect with our senses and our intuition, and to honor the sacred vibration of our planet once again.

For Meditation and Reflection

Here are two poems on which you can reflect as you sit outside, or near a sunny window. Imagine a world in which all people live in a mutually beneficial relationship with the Earth, a world sparkling with the magic of life and a shared respect for all beings.