Guayusa: The Amazonian Beverage Farmers Are Using to Build a Sustainable Future 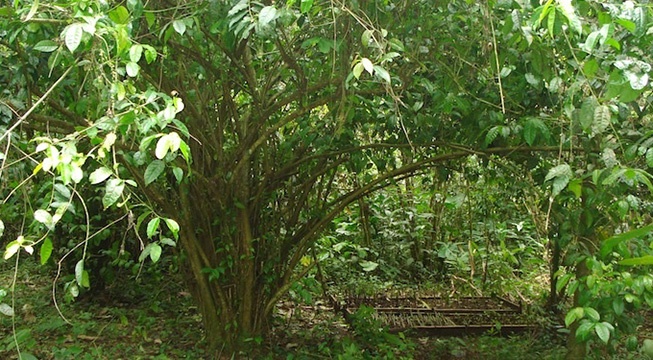 Guayusa (pronunced why-you-sa) is a plant found nearly exclusively in the Napo province of Ecuador, where the Amazon rainforest meets the Andes, that has a long standing tradition in indigenous culture. Now, however, more and more people outside of South America are beginning to discover it, as companies like the Amazonian beverage company Runa export it to the rest of the world.

The guayusa plant is technically not a tea nor is it in the same family as green or black tea. Instead, it is part of the holly genus along with Yerba Mate. Like Yerba Mate, when guayusa leaves are dried, they can be added to hot water and turned into a caffeinated beverage with twice the amount of antioxidants as green tea.

For thousands of years, indigenous people of the Amazon region have used this drink for a variety of purposes and some call it the “night watchman” because it keeps them awake and alert when they hunt after dark.

It contains both caffeine, a stimulant, and L-theanine, a compound that causes relaxation. As a result, guayusa does not provoke the jittery or anxious side effects that often accompany other energy drinks but instead induces a steady amount of energy without a rush or crash.

A common ritual for indigenous people in this region of the Amazon is to begin their day calmly and peacefully at 3 or 4 in the morning. They slowly rise and build a fire over which they brew their guayusa.

Guayusa is used as a mild stimulant and as a beverage that connects community members as they then share their dreams and interpret them. Many indigenous groups such as the Achuar believe that dreams are a second reality that reveal a lot about about a person's waking reality. If a person has a dream they don’t like, they have the opportunity to re-dream until they find it suitable. The Achuar also believe that a person can try again and attempt to rewrite their lives if they did something wrong or don’t like the direction their life is going.

During this early morning time, they also plan their day, often based off of their dreams. For example they sometimes use dreams as a way to predict if that day’s hunting expedition will be successful. This introspective, calm way that Achuar community members begin their day might inspire people in other parts of the world who start their day rushed and hurried into rethinking their morning routine.

The Kichwa word for describing how one feels after consuming guayusa is “runa” which translates to “fully alive.” This is where the Amazonian beverage company Runa gets its name.

Runa recently began buying guayusa from small family farms and selling it internationally, making it a global commodity and a means of sustainable income for indigenous people in the Amazon region. It grows naturally in the Amazon and thrives in the shade of other trees. This means that its production does not disrupt the ecosystem and that growing it discourages farmers from logging, an unsustainable industry that is currently a large source of income for many indigenous people of this region.

Something that Runa prides itself with is that it is a hybrid organization—a for-profit company that pays farmers a fair wage and that also has a non-profit component to it called the Runa Foundation. The Runa Foundation puts 15% of every purchase into a social premium fund which the community then gets to use for projects they believe would benefit themselves the most.

While you can now find Runa guayusa in stores in many parts of the world, the best way to try it is with the indigenous people of the Amazon in the early hours of the morning as part of their dream ceremony. To experience a guayusa ceremony yourself, sign up to take a journey to the Amazon rainforest with Pachamama Alliance and immerse yourself in the indigenous culture.

Read about Our Journeys to the Amazon