The Significance of Wilderness in our Modern World 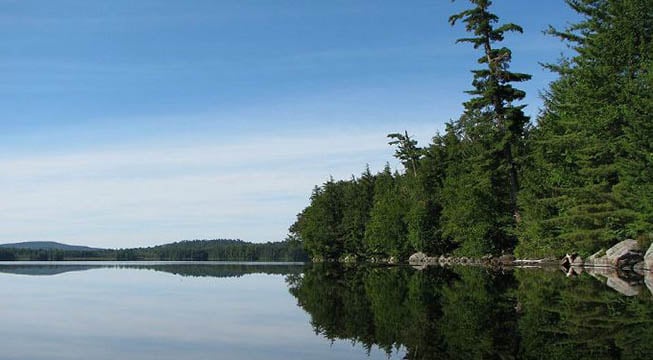 All of the Earth used to be wild and untouched. Human settlement has impacted landscapes since before written history. In recent centuries, with the rise of industrialization and the exploding global population, wilderness and wild places have been disappearing more quickly than ever before in human history.

Wilderness, in our modern world, is a name given to the most pristine wild lands left on the Earth. It is a type of protection granted within national parks, forests, and in areas where no roads or development are allowed.

The most remote wilderness areas on the Earth today include the tundra, the taiga or boreal forest, the Amazon rainforest, the Tibetan Plateau, the Australian outback and deserts such as the Sahara and Gobi.

Most scientists and conservationists agree that nearly every place on Earth has been touched in some way by humans, either from being occupied by indigenous people, or through climate change and pollution. It is interesting to note that some national parks may be set aside as wilderness areas, but their air and waters still contain pollution from nearby populated areas, such as in Sequoia National Park in California. This brings to light the paradox of what a wilderness really is: A place set aside by man to be as free as possible of signs of human civilization.

Modern wilderness planning includes careful considerations for pollution and climate change. But how have people regarded wilderness over the course of human history?

Ideas of wilderness and “wildness” are complex and diverse. Our perception of nature is often driven by our culture and may change depending on the era in which we live.

Here are some examples of different viewpoints on nature and wilderness throughout human history:

In ancient Greece around 400 B.C., where rationality was valued as the dividing line between human and nonhuman, Plato stated, “I am devoted to learning; landscapes and trees have nothing to teach me—only the people in the city can do that.”

During the rule of King Ashoka in India from 270-232 B.C., the first known laws to protect nature were created. Hunting certain species of wild animals was banned, forest and wildlife reserves were established, and cruelty to domestic and wild animals was prohibited.

During the Tang Dynasty in China from approximately 618-907 A.D., a strong tradition of landscape art called Shan Shui was developed. The artists’ goal was to represent nature “as it is,” from a birds’ eye view. This tradition has continued to influence Eastern Art throughout the centuries.

In fairy tales such as Little Red Riding Hood, Peter and the Wolf, and The Three Little Pigs, the wolf (symbol of the wild forces of nature) was depicted as a dangerous killer. Similar stories date back to ancient times and have been told in many versions over the course of human history, originating in places from Europe to China, but all are reflective of humans’ fear of the wild.

Explorers and conquistadores of the 1400’s, 1500’s, and 1600’s, who came to the Americas in search of new lands to conquer, sought ownership and power over the land. The ownership included any people, plants or animals who happened to be living there. The idea of conquering wilderness as a sign of “progress” carried through colonial and pioneer times in the Americas and still strongly influences Western culture today.

People who have closely studied nature, its benefits to human life, and the effects of humans on the environment include Henry David Thoreau, Anna Comstock, and Rachel Carson. Their endeavors signaled a change in the Western viewpoint of wilderness and have helped to initiate the growth of interest in and appreciation for nature that we are experiencing around the world today.

Indigenous and aboriginal people often live in close physical and spiritual connection with the land, use plants for healing, and construct their homes and tools from natural materials. These people often believe that the animals, plants, and even the landscape itself, are helpers and teachers.

The past 150 years have reflected a global effort to preserve wild places for future generations. The first three National Parks in the world were opened between 1872-1885, and many more soon followed.

Unfortunately, the laws associated with the opening of National Parks in some countries such as the U.S. resulted in indigenous people being removed from the land. In an effort to keep the lands unspoiled by human settlement, the lawmakers mistakenly overlooked the fact that the health of the land was in some cases closely tied to the people who had been living there for thousands of years.

More recently, it is recognized that “80% of the world's biologically rich areas are the territories of tribal communities who, for millennia, have found ingenious ways of catering for their needs and maintaining the ecological balance of their surroundings … It is often precisely because 'wild' places have been looked after by their indigenous guardians that they have been chosen by conservationists as reserves.”

The newest efforts in land conservation include setting aside wilderness areas specifically so that the indigenous people can continue to live on their ancestral lands and protect their lands from industrial development. Two examples of this new initiative include the creation of the Intangible Zone in Ecuador and the Yanomami Park in Brazil.

Globally, many people recognize the wisdom in preserving wilderness simply because the Earth itself is our home and should be respected and honored. In the words of Yanomami shaman Davi Kopenawa, 'The environment is not separate from ourselves; we are inside it and it is inside us.'

To protect the ancestral lands and cultures of indigenous people.

The wisdom of indigenous people is vast and is disappearing at a startling pace. The lands that they inhabit are often the healthiest ecosystems remaining on the planet, and so their knowledge of how to care for the Earth is immeasurably valuable and must be preserved.

To preserve certain species of plants and animals that would otherwise become extinct due to human development.

Ecological studies in some areas, such as the Amazon rainforest, have uncovered important medicinal plants for human use, as well as beautiful and unusual animal species found nowhere else on Earth. The habitats required by some of these flora and fauna would be difficult or impossible to reproduce in zoos, arboretums, or laboratories. Extinction is accelerating as wild places disappear, and protecting wild habitats is critical to the health of the Earth.

So that we can observe the night sky, the stars and planets, and the Milky Way in their full splendor.

The International Dark Sky Association identifies only 21 places in the entire world as International Dark Sky Parks. These parks are far enough away from cities and towns so as to be free of light pollution, so they are the best places in the world to view the nighttime sky. Click here to see stunning photographs of our galaxy taken from these parks.

To provide humans with a way to reconnect with nature and escape the hectic rush of the modern world.

Our species originated as part of nature, yet few humans today live in a way that is truly connected with the natural world. We long to return to our natural state. This is why many believe that wilderness areas are vital for the human spirit and creativity. Natural places provide us with solitude, recreation, and beautiful vistas that calm our minds and help us to feel at peace and connected with our truest self.

Wilderness filters and cleans the air we breathe and the water that we drink.

Through the natural processes of evaporation, precipitation, and natural filtering in streams and rivers, our air and water are purified and made healthy for our bodies to consume. There are not many places left in the world where truly clean air and water can be found. Additionally, trees and other plants in wilderness areas produce oxygen that the world depends upon. The Amazon rainforest alone provides 20% of the Earth’s oxygen.

Wilderness areas ensure that we can leave a legacy of untouched wild lands for future generations of all species to enjoy.

How Can You Help to Preserve Wilderness Areas?

Here is a list of just a few organizations whose missions are to preserve and protect the world’s last wild places. These websites provide important ideas on how to preserve wilderness, as well as information on recent wilderness initiatives, projects, and studies.

The Pachamama Alliance works with the indigenous peoples of the Amazon rainforest to protect one of the most biodiverse areas of the planet—the sacred headwaters region of the Ecuadorian Amazon rainforest. We use the insights gained from that work to educate and inspire individuals everywhere to bring forth a thriving, just and sustainable world. You can donate to the Pachamama Alliance and assist us in preserving important wild places for future generations by clicking on the link below.

Donate to the Pachamama Alliance