3 Reasons to Prevent Oil Drilling in the Amazon 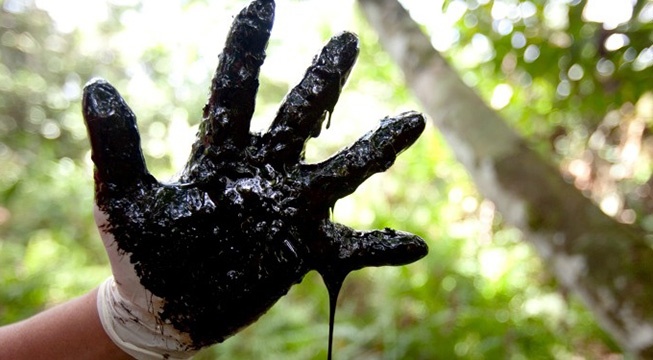 In mid May, an oil spill in Santa Barbara released over 100,000 gallons of oil along nine miles of California coastline, with about 20,000 gallons reaching the Pacific Ocean.

Experts believe it will take one to two years to get most of the oil cleaned up. And although it’s difficult to forecast specific effects, it’s safe to assume that the oil spill will continue to affect everything from the environment to the economy.

Part of the area affected was the California Channel Islands – referred to by some biologists as the Galapagos of the North because of its rich biodiversity. These islands are the sole home to almost 150 species of plants and animals.

This devastation to a lush ecosystem close to the Pachamama Alliance office in San Francisco underscores why we partner with the indigenous people of the Amazon rainforest to keep their lands oil-free. If Ecuador moves forward with its plans to drill in the Amazon, there would likely be spills, and that would be devastating as well…

Here are a few reasons why.

Even in Santa Barbara it took Plains All American Pipeline – the oil company in charge of the pipe that burst – an hour and a half to notify the appropriate response center about the spill. The response time to an oil spill in the Amazon would likely be longer because of the remote location and lack of road access.

Additionally, oil spills can be difficult to contain because of the vast network of waterways and laborious to clean up because of dense vegetation.

But even without the added challenges of the rainforest, oil spills have been notorious for their lasting effects.

The Gulf of Mexico – the site of the Deepwater Horizon Oil Spill – is still managing many of the repercussions from the spill 5 years ago. There continues to be devastation to islands near the coast, the local fishing industry is still suffering, and recently scientists have been able to link the deaths of an unprecedented number of bottlenose dolphins to the spill.

Because of this, experiencing the impacts of an oil spill may be one tragic bridge between residents of the Gulf and Amazon natives.

Indigenous tribes have long maintained a sustainable relationship with the Earth, relying on their deep understanding of what the rainforest offers. And drilling within the Amazon jeopardizes this lifestyle.

Irresponsible drilling practices have already occurred in the parts of the Amazon and had detrimental effects on local populations.

The most notable example of this is the Chevron-Texico cite. Over 30 years ago, Texaco began drilling in the Amazon and is reported to have dumped 16 billion gallons of toxic water into Ecuador’s streams during the subsequent two decades.

In the areas that were affected by these negligent drilling practices, locals have suffered from severe health issues including cancer, birth defects and everyday ailments related to toxic exposure. In addition, the indigenous people have found themselves with far fewer resources. Populations of game and fish, which they traditionally relied upon, dwindled because of contamination to the land and water systems.

Ultimately, all of these repercussions are married with cultural impoverishment that has been brought to the area. In some cases, drilling in the Amazon has amounted to a loss of ancient tradition and wisdom – much of which revolves around the complex ecosystem that we’re still learning about.

The Amazon rainforest is one of the world’s most sensitive and bio-diverse ecosystems on Earth. The 2.1 million square miles of rainforest is the single largest remaining tropical rainforest on the planet. It is home to at least 10 percent of the world’s known biodiversity and its river system accounts for the largest number of freshwater fish species in the world.

Additionally, the Amazon is referred to as the “lungs of the planet” because of its impact and interconnectedness with the rest of the world. This carbon sink absorbs 2.2 billion tons of global carbon emissions each year and without this annual absorption climate change would be exacerbated worldwide.

Preserving an ecosystem with sustainable value seems to be the communally beneficial decision, but unfortunately not everybody makes decisions based on longevity.

How Pachamama Alliance is Helping

This is one of the reasons that the Pachamama Alliance supports our indigenous partners in preventing the expansion of oil drilling in the most bio-diverse part of the entire Amazon Basin.

Support has already helped to unify the indigenous voices against oil development, provided legal support that has strengthened indigenous people’s rights, and led to weak responses from oil companies in the government’s bidding process to auction oil blocks.

By allying with the Pachamama Alliance you too can become part of a historic opportunity to protect life on Earth.