How Indigenous Wisdom Can Inform the Global Transformation We Need 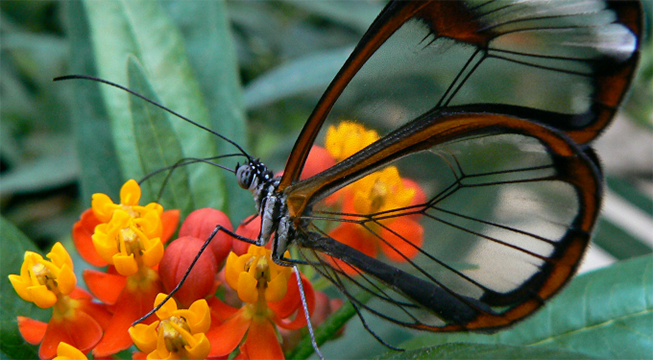 We live in a time of accelerating change. Technology, transportation, buying and selling of goods and services, and information sharing are all occurring faster than ever before in human history. Human activities and communication now follow global patterns rather than happening in smaller, community-based or city-based groups, as occurred in past centuries. Many of us feel overwhelmed by the sheer volume of data available and the number of tasks that need to be completed in our everyday lives.

“We are living on the Earth, and we are destroying it. A shift in consciousness is the only way forward. Pachamama (Mother Earth) is speaking to us and telling us that we have to change.”

A great transformation is critically necessary, and indigenous wisdom tells us that it is already starting to happen.

A Path In the Darkness

We are entering a new era, a time in which the Earth will move from a phase of darkness and disillusionment toward a blossoming new awareness focused on light, love, and creativity. Incan, Mayan, and other indigenous legends indicate that we are living in the time we have been waiting for over hundreds or even thousands of years.

In his book The Time of the Black Jaguar, indigenous spiritual leader Arkan Lushwala tells us that human beings naturally go through cycles which stretch across millennia. There are three phases to each cycle: Creation, Conservation, and Renewal. Right now, he says, we have entered a time of Renewal, a short and intense period in which we will break from the darkness of Conservation and purify life on Earth. Arkan explains that because the social pillars and belief systems of the past are broken, but new pillars are not yet built, Renewal can be a confusing and often a painful time. But it occurs to remake us so that our hearts can be open to see and support the unfolding of a brand new, as-yet-unknown world of Creation. Once we make the transformation to this new world, we will be surrounded by magic and creativity, and the possibilities for humankind will be endless.

Many principles of indigenous wisdom are centered around transformation. Here are a few key examples.

1. The healing power of plants.

Shamans and indigenous cultures view plants as the doorways to the healing nature of Mother Earth. There is an ancient South American belief that for every possible human ailment, there exists a plant (or combination of plants) to heal it. Botanists who go into the rainforest or other areas where indigenous peoples have lived for thousands of years without the outside influence of modern society have written that they are simply astounded at the ingenuity of the indigenous people in finding effective health remedies through plants.

An indigenous shaman might combine two plants that naturally occur hundreds of miles away from each other, and utilize them to create a stunningly precise and effective treatment. Without any chemical or biological training, the native people often know the exact ratios of each plant to use in order to create a cure for a disease that chemists and biologists have puzzled over for decades. Indigenous peoples often say that the plants communicate with them and guide them in how to utilize their healing powers, and recent scientific studies have found that plants do in fact communicate in various different ways. The transformational power of plants for healing purposes is an important aspect of the indigenous worldview and one that continues to amaze modern scientists.

Since the beginning of time, people have used rituals and ceremonies to connect with Mother Earth and with the higher powers of the universe. These rituals have great transformational power. For example, the Achuar people (along with other indigenous peoples of the Amazon rainforest) practice a daily dream sharing ritual. It was in part through this sacred process of dreaming and dream sharing that the Pachamama Alliance was brought into existence. The messages received from the spirits or higher powers during rituals and ceremonies can provide guidance to the people, or the ritual itself may provide a benefit to both the people and the natural world. Many indigenous cultures believe that it is critically important for humans to have dancing, singing, and praying rituals in order to raise the energy and health of the planet Earth, particularly during this time of environmental destruction.

3. Shapeshifting: the ability to change from one form into another.

The indigenous peoples of the Amazon rainforest, the Native Americans of the Northwest Coastal areas, and many other indigenous peoples around the world believe that humans can change form. A shaman may shapeshift into a jaguar, a killer whale, or a wolf depending on the beliefs and spirit animals of the local peoples. These types of transformations speak of the interconnectedness among all life forms, and also give testament to the ability of the shaman to become a part of nature, and to take on the form of an animal which holds great power for the wellbeing of the community.

The stories and ancestral myths of indigenous people have been passed down through the generations. The elders of the community are revered as the keepers of these stories and holders of great wisdom. As the stores are retold over and over again, they are imbued with the pervasive belief systems, everyday practices, and mystical occurrences that are part of the community’s day-to-day life. As such, these stories hold great power. The Eagle and the Condor story of the Amazon people is an ancient prophesy in which human society splits into two paths: The path of the Eagle, based in logic, the industrial, and the sacred masculine; and the path of the Condor, based in heart, intuition, and the sacred feminine. The story says that after a 500-year period in which the Eagle people come to dominate the Earth, the Eagle and the Condor people will come together to create a new level of consciousness for humanity.

We can see the shift already occurring in our own lives. There is a growing trend toward turning away from our widely-accepted cultural norms of materialism and frantic schedules. Instead, many people are choosing to get reduce their belongings, simplify their lives, adopt new spiritual practices, and re-focus on what is truly most fulfilling, such as spending more time with family or retreating into nature.

How does indigenous wisdom relate to our challenges in the modern world? What can we learn from ancient cultures, and how can we more wisely seek our own transformation?

Here are just a few suggestions:

The indigenous worldview is based in the belief that everything has a name and a spirit: Trees, rivers, the Earth, lightning, insects, rocks, animals, flowers … everything. Each living (and even non-living) being has a personality and its own energy that it lends to the health and wholeness of the planet. When we lose one ecosystem, or one species, the totality of the planet will never be the same again.

Humans must cultivate a relationship with everything—reaching out with strong personal intention toward all aspects of life and nature—in order to connect with the Earth and help her to heal.

Join the global movement to legally recognize the sacredness of the Earth. The Rights of Nature is a powerful grassroots movement taking hold around the world. It is creating transformation in the legal system and even the political system. It provides a new framework to view nature as a living being, deserving of rights and protection, and replaces the current global paradigm of regarding the Earth and her ecosystems as property at humans’ disposal.

Click on the button below and sign the international petition to help the Global Alliance for the Rights of Nature reach 1,000,000 signatures. Currently they have gathered over 833,000 signatures.