Reversing the “Tragedy of the Commons” in the Amazon Rainforest 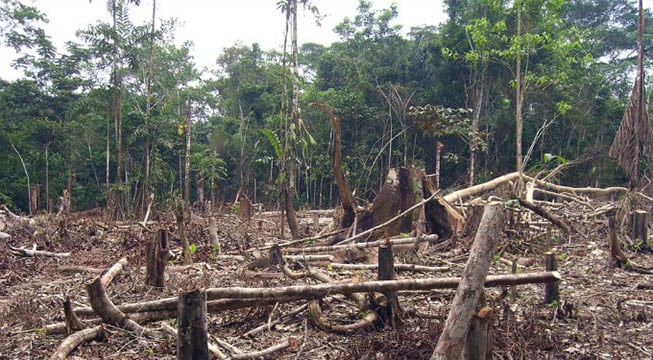 For hundreds of years, the progress of civilization has been associated with converting natural ecosystems to usage that benefits only humans. At no time in our human history have we been faced with the compelling scientific evidence of the disastrous effects that climate change will have on many species of life and elements of the Earth itself, such as the health of our forests, our wildlife, our air, and our oceans.

The ongoing discourse about the consequences of climate change are reminiscent of the many articles published about Garrett Hardin’s seminal article entitled "The Tragedy of the Commons," that was published in the scientific journal, Science, in 1968.

According to Garrett Hardin, the “tragedy of the commons” occurs when individuals act independently and rationally according to their own self-interest, and as a result, act against the interests of the whole community by depleting a common resource. A particularly significant case that exemplifies the “tragedy of the commons” in the world today is the deforestation of the Amazon rainforest.

The Global Impact of Amazon Deforestation

But the Amazon rainforest has lost at least 17% of its forest cover within the last 50 years. This is problematic because this fragile ecosystem stores 90-140 billion metric tons of carbon, the release of even a portion of which accelerates global warming significantly.

As indigenous people and our partners in the Amazon understand, the benefits of the Amazon rainforest to the ecosystem of our planet, Earth, and all its species of life, far exceed the short-term monetary value that grazing, oil drilling, and agriculture bring to a few people. The deforestation of the Amazon rainforest continues to clearly be a “tragedy of the commons” in the making.

So, what can we do as individuals to reverse the damages and losses from the “tragedy of the commons” that the deforestation of the Amazon so vividly illustrates?

Despite the fact that the “tragedy of the commons” shows up in the Amazon rainforest and the rise in global warming, it is only a symptom of our society's current worldview, and we have the power to change our worldviews.

We are fortunate that we have a chance during this pivotal time in our history to change the dream of the modern world that is rooted in consumption and acquisition without regard to the natural world or even to our own future. We in the modern world are in a trance, living in a dream that is threatening to destroy not only the Amazon rainforest, but the health and well-being of our planet.

Take the Awakening the Dreamer Symposium