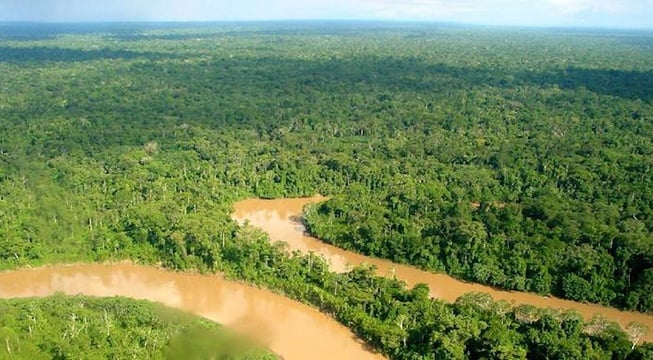 For people who live in countries where they can turn on their water spigots to receive water to drink, it can be easy to forget about where that water comes from and to take it for granted. But for the indigenous people living alongside the Amazon River and other rivers of the world, who drink water directly from the river, clean water is essential for health and survival.

The Amazon River is by far the world’s largest river in terms of volume and area, generating a fluvial distribution that accounts for about a fifth of riverine input into the world’s oceans. In the Ecuadorian Amazon, oil spills have been poisoning the soil, water, vegetation and people of the region for over twenty years. Since thousands of tribal people living alongside the Amazon River depend on the river for their continued existence, they are the most adversely affected when pollution enters the rivers close to their communities.

In the Ecuadorian Amazon, years of consuming contaminated water has led to significant rises in cancers, birth deformities, miscarriages and disease amongst the indigenous populations throughout the entire region. In addition, this pollution of the river microbiome has contributed to rainforest deforestation that further reduces the amount of water in the Amazon River because the forests help to produce rain in the region that replenishes the water in rivers.

Indigenous people not only view rivers as a source of life, but also view themselves as an integral part of the river system. It is because of this holistic understanding and dependence on clean water in the rivers where they live for their very survival, that Indigenous people feel a strong responsibility for the health of rivers.

Following the Example of our Indigenous Partners

We can follow the strong example of our indigenous brothers and sisters on International Day of Action for Rivers and Against Dams Day and take responsibility for the extent of our water footprints and health of our rivers during this time of climate change and water shortages. Consider these facts:

According to International Rivers, we all belong to a watershed (literally, an area of land that catches all the rain and directs it to a stream, river or lake). Everything we do affects our watershed – from washing clothes and growing food to mining, commercial farming, and building roads or dams.

Moreover, we all live downstream from someone, and upstream from someone else. Anything dumped on the ground or released into the air can come down again, in rivers nearby or thousands of miles away. Since rivers do not follow political or geographic boundaries, what happens in the Amazon River and in rivers across the globe, is affecting the health of our local ecosystems.

Taking it to the Streets

International Rivers has identified 20 things you can do to protect rivers and lower your ecological and water footprints. Included in this list is taking these issues to the streets by demonstrating on March 14 and demanding improvements in the policies and practices of decision makers.

Learn More about International Day of Action for Rivers